Whom are we to believe? Housing Minister Uri Ariel or the regional heads of Judea and Samaria?

Housing (Construction) Minister Uri Ariel of the NRP aka Jewish Home Party, who campaigned that in the cabinet/coalition he and his party head Naftali Bennett could best guarantee the growth and building of yishuvim, is quoted saying:

“There will be no more freezes, we will not accept delays and restrictions in Jerusalem, Judea and Samaria, and we will continue to build in all parts of our country,” said Ariel. “Jerusalem will not be divided again. Between the Jordan and the sea there will be only one state, and that is the State of Israel.”


But facts on the ground are the opposite according to the signers of this poster.

That’s what is written on black on the poster bottom. It is signed by those who head the various regions, counties, Jewish cities in Judea and Samaria.

As I have written before, there is still a waiting list to get into many yishuvim, such as Shiloh, because of the severe housing shortage. In recent years there has been a demand for multifamily homes for various reasons. One is that they can be less expensive than single-family homes and the other is that people are now building rental apartments or granny apartments on their houses which quite often use the basement, making the house three, rather than two stories, which necessitates a change in zoning which isn’t granted. Another reason is that some of the yishuvim are now extremely limited in available land for building new homes. When yishuvim were first built, the norm was to only build single family homes, and the standard building limit was two stories in many locations, such as Shiloh. Changing this basic regulation has proven very complicated for many people and communities.

As I’ve written many times before, cabinet/coalition members of Prime Minister Binyamin Netanyahu’s government do not have much power. He doesn’t poll them before making policy decisions. They are more like window-dressing and have to pledge to support his government to be accepted in the coalition. Building in Judea and Samaria to meet its needs won’t happen with Bibi’s government still trying to give the Arabs our Land to make an Arab terror state, aka Palestine.

Today is Jerusalem Day, so expect to hear all sorts of great speeches, but the truth is that we (the State of Israel) are still not sovereign in the Land of Israel and even in Jerusalem. 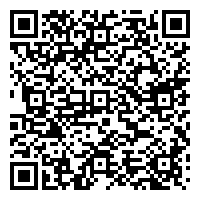