U.S. President Donald Trump’s belief in his negotiating skills was so great that at one point, he claimed that achieving peace in the Middle East wouldn’t “be as difficult as people have thought.” It was with that same sense of optimism that Jared Kushner—Trump’s son-in-law, senior adviser and White House official tasked with overseeing the peace process—approached the problem.


Kushner has been rightly criticized for being an amateur without qualifications for his job. But after more than a year of preliminary discussions, he may now have a more realistic understanding of the situation.

Though Kushner may have helped draw up a new U.S. peace proposal, the Palestinians have already announced that it will be dead on arrival. Thinking only of protecting his legacy as Yasser Arafat’s heir, aging Palestinian Authority leader Mahmoud Abbas won’t do anything to end the century-old war on Zionism.

Yet Kushner also had a “Plan B,” which would involve a massive U.S. investment in improving conditions in Gaza so as to both lessen the suffering of the people trapped under Hamas rule there and to ensure that another round of fighting with Israel won’t break out.

But as an op-ed in The Washington Post published last week under the byline of Kushner, U.S. special negotiator Jason Greenblatt and U.S. Ambassador to Israel David Friedman made clear, the Trump foreign-policy team seems to understand that even their alternative is a non-starter. As long as the terror group is in charge in Gaza, any hopes for peace or economic development there remain blocked.

The Trump administration isn’t the only one that still has a lot to learn about Hamas.

For the last four years, many Israeli security experts claimed that the country’s Gaza dilemma was fixed in 2014. After two previous failed attempts to restrain Hamas rocket fire, “Operation Protective Edge” seemed to silence the barrage. The military’s assumption was that since the price that Hamas had to pay in 2014 was so high, its leaders would never let that happen again. This explained why the ceasefire had more or less remained in place.

Events of the past few months, however, have shown Hamas hasn’t given up. Israeli technological advances and resourcefulness have blunted the impact of rocket attacks, as well as the tunnels Hamas dug under the border to conduct murder and kidnapping raids. But the assumption that Israel had the power to deter the terrorist group from continuing to find ways to attack the Jewish state was incorrect. Hamas is as committed as ever to its war against Zionism. Conditions in Gaza also mean that it must continue to find ways to distract Palestinians from the consequences of their corruption and misrule.

With their rockets and tunnels foiled by the Israelis, Hamas turned to simpler tactics. In the spring, it organized weekly “marches of return” that launched Palestinians at the Israeli border, leading to one especially bloody confrontation on May 14 that left dozens killed. While this hurt Israel’s image, the casualties (which mostly involved Hamas operatives) were high. Next, the Islamist group switched to a more low-tech idea: launching incendiary kites and balloons carried over the border by the wind. While the international press wrote of them as an amusing annoyance rather than arson, several hundreds of Israeli acres of fields were burned and lives put in jeopardy. When the Israel Defense Forces responded with fire—targeting those launching the devices—Hamas went back to shooting dozens of rockets and sniper fire that eventually killed an Israeli soldier last week who was protecting the border.

With the world admonishing Israeli Prime Minister Benjamin Netanyahu not to let these incidents provoke a new war, Israel was left back where it started—pondering how to deter attacks from an opponent that cannot be deterred and refuses to discuss peace.

According to the foreign-policy establishment, the solution lies in letting the Palestinian Authority take over Gaza. Abbas and his Fatah Party do have a vested interest in avoiding a war that would end their corrupt rule of the West Bank. The world has poured billions in aid into the hands of the P.A., only to see most of it siphoned off into the bank accounts of Fatah leaders and their families.

But while Abbas has made gestures towards Palestinian unity and Hamas would like to hand over the problems of administering Gaza to their rivals, the Islamists won’t give up their weapons or their military control of the strip. Abbas has therefore cut off financial support for Gaza, and as such, has become as complicit in the blockade of the Hamas-run enclave as Israel and Egypt.

The problem is circular. Gaza is a concern because the blockade leaves its people no hope. But allowing the free flow of goods into the strip will simply facilitate Iran’s efforts to arm Hamas, which uses international aid to build tunnels and fortifications for its fighters, rather than homes and health centers for Gazans.

That’s why Kushner and company have come to the conclusion that the first essential step towards peace involves Hamas either giving up its fight against Israel or ceding power in Gaza.

Hamas won’t do either of those things. In fact, rather than moving closer to a permanent accommodation, the Islamist group has doubled down on the conflict by reviving interest in a so-called “right of return” for descendants of the 1948 refugees. Nor is Israel interested in re-taking Gaza and assuming the costs of that thankless task.

While Israel’s critics continue to speak as if peace is merely a matter of pressuring Netanyahu into making enough concessions, Hamas checkmates any plan. Even if Israel was willing to try again to trade land for peace, it’s obvious that as long as the Palestinians are ruled by groups uninterested in an end to the war, more withdrawals will be as futile as Ariel Sharon’s 2005 gesture—when Israel withdrew every Israeli soldier, settler and settlement from Gaza.

The problem isn’t the amateur status of the Trump Middle East team, or a lack of Israeli goodwill or willingness to make peace. Gaza remains a terrible problem without a solution. 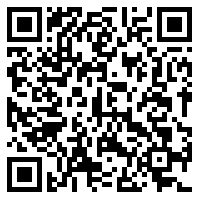