Israeli government officials are contemplating a move to significantly widen the number of countries on its travel ban list, known as the “red list,” as the number of coronavirus cases again rises in the Jewish State, including a spike in Omicron cases.

Among the destinations that may be banned for Israeli travel abroad are two of the most popular — the United States and Canada — as well as Turkey and Belgium, Morocco, Germany and Portugal.


If approved, the decision will take effect later this week.

The United Kingdom, Denmark and 50 nations on the African continent are already on the red list.

Israelis are prohibited from traveling to a red-listed country and facing a fine of NIS 5,000 ($1,600) if they violate the ban. Those who return to Israel from a “red” country are currently required to self-quarantine for a seven-day period regardless of vaccination status. Non-citizens from red-listed countries are barred from entering Israel at this time.

The move comes as government ministers prepare to meet Sunday for a cabinet meeting at which they will be asked to consider other COVID-19-related restrictions as well.

More troubling is the fact that 92 of those Omicron cases were identified in people who were already fully vaccinated. Less than half that number, 42, were either unvaccinated, recovered or had two shots of the vaccine more than six months ago, meaning the inoculation had expired.

All told, there were 873 new cases of COVID-19 diagnosed in Israel on Friday and 838 diagnosed the day before. There were 81 patients in serious and critical condition, including 41 relying on respirators for survival.

Health Minister Nitzan Horowitz told Israel’s Channel 12 News on Saturday night there will be a ten-fold increase in the number of coronavirus vaccination stations near schools across the nation.

“If until now there were 50 locations, then it will be 500 next week, every day,” Horowitz said, adding that the Omicron variant of the virus is “multiplying at a worrying rate” in Israel.

Segal, a top public health adviser to the coronavirus cabinet, told the news outlet, “If what’s happening in Europe happens here, we’ll see a doubling of cases every 2 to 3 days.”

While concerns are growing over the rapid rise of Omicron cases, researchers at Tel Aviv’s Sheba Medical Center launched a study to determine the need for, and efficacy of a fourth booster shot of coronavirus vaccine.

Some 300 volunteers are participating in the study, which began Thursday, according to a report broadcast Saturday night by Israel’s Channel 13 News. 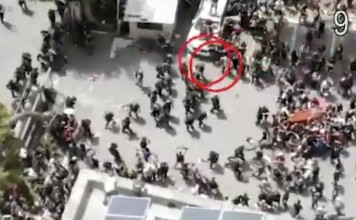 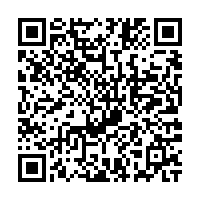