On Dec. 17, 2010, in a small provincial town in Tunisia, a young man named Muhammad Bouazizi set himself on fire in protest against a slap he had received from a policewoman for running an unauthorized vegetable stand in an effort to make a living. His friends launched demonstrations against the corrupt government of President Zine Abidine Ben Ali, and those protests spread rapidly to Tunis, the capital.


Al Jazeera beamed the demonstrations across the airwaves nonstop, prompting more and more Tunisians to join them in a mounting tide. After about a month of massive protests, the president fled with his wife and children to political exile in Saudi Arabia.

Starting in Jan. 2011, the demonstrations spread to Egypt, Yemen, Libya, Syria, Bahrain, Algeria, Jordan, Morocco, Iraq, Sudan, Kuwait, Lebanon, Mauritania and even Saudi Arabia and Oman. In most of these states, they subsided, or were suppressed, through foreign intervention like that of Saudi Arabia in Bahrain. In Syria, Libya and Yemen, however, the bloody domestic strife has continued to this day, while drawing armed foreign intervention.

Egypt has undergone major regime changes—including a year of Muslim Brotherhood rule—and these changes further afflicted the already ailing economy. Tunisia has vacillated between opposing civic forces, from political Islam to liberalism of a European hue.

At the outset, the demonstrators’ main goal was to do away with the oppression and corruption of the reigning regimes, unemployment, poverty, ignorance, social marginalization and the general contempt state authorities showed their citizens. The bitter reality in most Arab states contrasted starkly with the situation in the Gulf monarchies, Europe and America, to which the masses were now exposed, thanks to the media, satellite channels and social media, most of all Facebook.

Al Jazeera, which was launched at the end of 1996, had become a media jihad outlet representing the Muslim Brotherhood, and it spread the fervor of the demonstrations and the revolt against the authorities from country to country. The Arab world at the end of 2010 was like a powder keg with Al Jazeera lighting sparks all around it. Bouazizi was the spark that ignited the masses.

Countries that had been at the forefront of pan-Arabism for many years—Syria, Libya and Iraq (where the turmoil began in 2003)—descended into civil war, and their heterogeneous populations are still struggling for survival to this day. The Arab League, the organization that used to represent the “Arab nation” to the world, while playing a conciliating and mediating role within the Arab domain, has fallen into total paralysis.

When regimes cease to be effective and anarchy prevails, whoever is able to flee does so as quickly as possible. Millions of Arabs have emigrated to whatever country in the world will take them in. College-educated people, academics, engineers, doctors and those in the liberal professions went abroad to find quiet, safe environments for themselves and their families. Millions of emigrants went to Turkey, Europe and elsewhere, leaving their native countries without the ability to rebuild themselves.

At the same time, the most dangerous actors, those who had been subjugated but were awaiting an opportunity to rise to the surface, now emerged into full view: namely, the radical Islamic organizations spawned by the Muslim Brotherhood madrassas, particularly al-Qaeda and its offshoots. They gained legitimacy for themselves by remorselessly battling—that is, waging jihad against—the cruel, corrupt regimes.

In 2014, they achieved a major goal by setting up the Islamic State of Iraq and Syria (ISIS). This state sowed fear all over the world with horrific forms of murder and gave rise to an international consensus on the need for foreign intervention, particularly on the part of Russia and the U.S. The demolition of ISIS did not, however, eradicate the radical ideology on which it was based; instead, that ideology simply sought new pastures. It is now alive and killing in Sinai, Algeria, Africa, Europe and everywhere the ISIS terrorists fled. From time to time it mounts terror attacks. Just recently we saw ISIS knives in action in France.

The big losers of the “Arab Spring” are the unfortunate masses who took to the streets with entirely justified demands, but encountered brutal force and the deafening silence of international apathy towards the rampant bloodshed. The naked hypocrisy of the U.N. Human Rights Council was exposed when it granted seats to precisely the states accused of massive human-rights violations.

The tragedies of the “Arab Spring” turned the Palestinian problem into a marginal issue. Many Arab politicians understand that this problem is not moving towards a solution, mainly because Israel is not submitting to the narrative concocted by the terror groups—from Fatah and the “Front” organizations to Hamas and Islamic Jihad. In Saudi Arabia it has even been claimed that the al-Aqsa Mosque mentioned in the Koran was in the Arabian Peninsula rather than in Jerusalem, thus upending Palestinian religious claims to proprietorship over Islam’s third-holiest shrine and, by implication, to Jerusalem and Palestine.

The Middle Eastern upheavals have enabled non-Arab forces—both peripheral and foreign—to penetrate the region at will. Russia rescued the Assad regime in Syria in return for taking over the western part of the country and the huge natural-gas deposits in the Mediterranean seabed that belong to Syria. Iran, through its proxies and expeditionary forces, has gained control of Iraq, central and eastern Syria, Lebanon, Yemen and Gaza. Turkish President Recep Tayyip Erdoğan’s Turkey is assuming control of parts of Syria and Libya. Meanwhile, Israel—which in the past was described as a “knife in the heart of the Arab nation”—keeps lengthening the list of Arab states that have accepted its existence, recognized it and made peace with it.

Ethiopia feels strong enough relative to Egypt that it has built a dam on the Nile that could cause a devastating water shortage for Egypt’s 100 million residents. Sudan has split into two countries, South Sudan and Sudan, and that process could continue beyond Sudan in other Arab states.

The 10 years of the “Arab Spring”—the last of which is the year of COVID-19—have brought many Arab countries to the edge of the abyss. The food shortage, the unending wars in Libya, Syria, Iraq and Yemen, the Iranian expansion and global apathy have worsened the distress of the Middle East.

The worst of all looms in the near future: the incoming U.S. administration, which aims to return to the 2015 nuclear deal and lift the sanctions on Iran. Those steps will enhance Tehran’s ability to interfere in Arab countries and sow death and destruction. One result could well be a further surge of emigration (or, more accurately, flight) by millions of Middle Easterners to new countries where they can rebuild lives that were destroyed by the “Arab Spring.”

In sum, just as great as the hopes that attended the “Arab Spring” at its inception is the disillusionment that it has left in its wake.

(Lt. Col. (res.) Dr. Mordechai Kedar is a senior research associate at the Begin-Sadat Center for Strategic Studies. He served for 25 years in IDF military intelligence specializing in Syria, Arab political discourse, Arab mass media, Islamic groups, and Israeli Arabs, and is an expert on the Muslim Brotherhood and other Islamist groups) 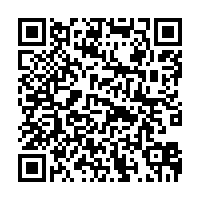