I wonder if anyone still believes the Obama administration’s oft-repeated claim that  the Joint Comprehensive Plan of Action can checkmate  Iran’s nuclear weapon program. Volumes have already been written by now to show how the Khomeinist Tehran could use this deal to advance its fanatical and sectarian ideological agenda and ongoing clandestine, terror  activities posing a serious threat to the fundamental values of the entire modern civilized world, including the common Iranian humanity.

A recent report confirms the deal will allow Tehran to conduct its own inspection of Parchin, a military site the International Atomic Energy Agency  and intelligence agencies believe has been  engaged in the development of nuclear weapons.  It  says IAEA inspectors will be barred from physically accessing Parchin. Such an arrangement “diverges from normal inspection procedures between the IAEA and a member country.” It  cedes  the agency’s investigative authority to Iran.


According to another report, Iranian President Hassan Rouhani has already declared that Tehran  “ will buy, sell and develop any weapons we need and we will not ask for permission or abide by any resolution for that…”

Another report says  the new nuclear agreement between Iran and the P5+1 powers will provide Tehran with the means “to produce [enriched] uranium on an industrial scale” after fifteen years. Yet another report reveals Moscow is already working out a  deal to sell Tehran its  sophisticated S-300 surface-to-air missile system . This system  can bring down any fighter jet aircraft. It can also be used to protect Iran’s nuclear facilities.

There is a near consensus across the international strategic community that given Tehran’s well-documented fanatical, imperial agenda , the entire civilized world, Western liberal democracies in particular, must chalk out some kind of a joint enterprise to stop the Shia Islamist state from proceeding with its nuclear as well as conventional armament program.

The consensus goes that Israel can afford no risk in this regard and it must take all appropriates measures to meet any threat Tehran might pose to it.  A nuclear  Khomenist  Tehran will be a threat to Jerusalem in particular. Iran’s Grand Ayatollah Seyyed Ali Husseini Khamenei is the country’s “Supreme Guide.“ He is the last word on the policies and programs in Iran . According to a study, he thinks that all Muslim territories ‘lost’ to the infidel must be recovered. These include large parts of Russia and Europe, almost a third of China, the whole of India and parts of the Philippines and Thailand. Any land that fell  under Muslim rule, even briefly, can never again be ceded to non-Muslims.

Khamenei thinks Israel has no right to exist as a state.  It is  a loyal “ally of the American Great Satan” and a key element in its “evil scheme” to dominate “the heartland of the Ummah.” Israel is  ”a cancerous tumor.” Its  elimination would mean that “the West’s hegemony and threats will be discredited” in the Middle East.

Khamenei uses three words for Israel : “nabudi” meaning “annihilation;” “imha” meaning  “fading out;” and “zaval” meaning “effacement.” Israel has waged war on Muslims on a number of occasions. It is  a “hostile infidel” (“kaffir al-harbi“). Israel  occupies Jerusalem,  “Islam’s third Holy City.” The Prophet Muhammad had at one point of time toyed with the idea of making Jerusalem a  focal point of prayers. It must belong to Islam.There should be a long low-intensity warfare designed to make life unpleasant for a majority of Israeli Jews. Large  numbers of Israelis have dual-nationality. They would prefer emigration to the United States or Europe to daily threats of death.  Iran must be nuclear-armed. This would make Israel think twice before taking any military action against Iran.

Khamenei says there should be  just one-state called Palestine under Muslim rule. It would allow non-Muslims, including some Israeli Jews who could prove “genuine roots” in the region, to stay as “protected minorities.”

Pertinently, he thinks the Holocaust has been  “a propaganda ploy.”  He has been in contact with professional Holocaust deniers to advance his theme in this regard. In 2000, he invited Swiss Holocaust-denier Jürgen Graf to Tehran. French Holocaust-denier Roger Garaudy, a Stalinist who converted to Islam, was also feted in Tehran as “Europe’s’ greatest living philosopher.”

The sources suggest Israel must not take this Khomeinist thinking lightly. There can be no dilution in Tehran’s fanatical approach towards Jerusalem. Former Iranian president Mahmoud Ahmadinejad, current president Hassan Rouhani and other senior Iranian officials have made more or less similar statements from time to time  calling for Israel’s destruction.  Only a couple of days back , on the occasion of re-opening of the British Embassy in Tehran, Hussein Sheikholeslam , foreign policy advisor to Speaker of Iran’s Parliament Ali Larijani confirmed ,  “Our positions against the usurper Zionist regime have not changed at all; Israel should be annihilated and this is our ultimate slogan.”

Jerusalem must bear  in mind that all anti-Israel activities of Tehran have been in line with this Khomeninist approach. The new nuclear deal will lead to  the infusion of  an added  cash into Iran. Tehran is likely to use it to provide more rockets to Hamas and Hezbollah to be used against Israel.  According to a report, the four rockets that slammed into Israel last week have been linked to Iranian commanders working to establish direct and proxy infrastructure in the Golan Heights. The rockets were fired by Palestinian Islamic Jihad terrorists from territory on the Syrian side of the Golan Heights.  Iranian Quds Force operative Saeed Izadi directed the attack. Izadi is the head of the Palestinian Department in the Quds Force, the branch of the Islamic Revolutionary Guard Corps responsible for extraterritorial terrorism.

The Iranians have established a sort of “forward command” presence on the Syrian side of the Israeli-Syrian border. They intend to use the period following the implementation of the JCPOA. This nuclear deal will see Iran receive hundreds of millions of dollars in exchange for temporary restrictions on its nuclear program. The financial resources set to flow into Iran – $150 billion almost immediately, and then followed by hundreds of billions more as a result of sanctions relief – would be used to fund groups operating along Israel’s north, including Hezbollah in Lebanon.  Hezbollah is pointing over 100,000 rockets south at Israel. Such rockets, furnished almost entirely by Iran, are dispersed across Lebanon, with many launchers strategically placed in high-density population areas to ensure  Israeli reprisals are  be met with charges of war crimes. 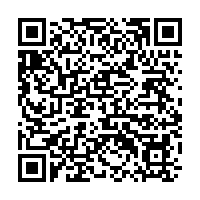