A new blast ripped through central Syria late Sunday, notifying local residents that another majestic tribute to their history had been blown into rubble.

The Temple of Bel, an even larger prize that one taken a week prior, became the latest casualty of the radical Islamist hordes that are now known as “Da’esh to the Middle East — and by various names elsewhere around the world: ISIS, ISIL, or Islamic State. It matters little.

One cannot replace destroyed antiquities, the record of a people’s past.

The extent of the latest damage to the priceless 2,000 year old UNESCO World Heritage Site is not yet clear, because it is beyond dangerous to approach the area. But it is certainly clear the destruction was extensive.

Da’esh operatives practice an extremist form of fundamentalist Islam and have stated their commitment to smashing any idols they encounter, regardless of historic value as museum pieces or archaeological artifacts.

The only exceptions have been stolen pieces the group has sold on the black market in order to fund its activities — but the nature of those looted items is not clear, nor does anyone really know which pieces were sold, nor to whom.

Local residents near Palmyra described the mammoth explosion that shook the ground where they were, according to the BBC. One resident told the Associated Press it was “total destruction,” adding that “bricks and columns are on the ground.”

Reporters were told that only the wall of the temple, which was dedicated to the Palmyrene gods and was one of the best preserved parts of the ancient site, remains.

Just one week ago, the terrorist group blew up another temple in the ruins of the ancient city they had seized in May.

Da’esh terrorists beheaded the chief archaeologist of Palmyra, 82-year-old Dr. Khaled Asa’ad less than two weeks ago after having first interrogating and torturing him for a month.

They hung his bloodied, headless body from one of the 2,000 year old columns in the ancient city after executing him in the main square of the historic site.

Syrian state antiquities chief Ma’amoun Abdulkarim said in a statement quoted by Reuters, “The continued presence of these criminals in this city is a curse and bad omen on (Palmyra) and every column and every archaeological piece in it.”

Syrian officials led by Asa’ad had managed, however, to move out hundreds of the ancient statues that were in Palmyra but were not part of its Roman-era structures, before the site was captured by the Da’esh terrorists.

It was for this reason he was tortured: Da’esh wanted to know the location of the treasures from Palmyra, said a Syrian source. Asa’ad denied them this prize. 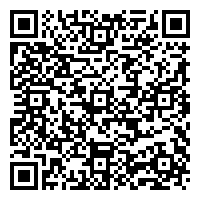