Ahlam Tamimi was a newscaster on Palestinian television, on a channel assigned by Israel, broadcast from the tall antennas of Ramallah handed over by Israel to the PA in the Oslo Accords. On August 9, 2001, Tamimi started another career, and drove a suicide terrorist into Jerusalem. She equipped him with explosive belts, brought him to Cafe Sbarro, coached him on positioning himself among the dining families in that bustling venue, and asked that he give her fifteen minutes so that she could leave.

She quickly returned to Ramallah, seated herself in the television studio, and reported the awful terrorist attack that she herself had masterminded.


Tamimi never expressed any regret. When she first learned from a journalist who was interviewing her in jail that she had murdered eight children, not just three, she just smiled broadly and continued with the interview.

After receiving life sentences for the fifteen people she had killed, Tamimi went on to become a star in an Israeli film called The Security Prisoners (Habitchoniyim). The producer explained to us that he showed such sympathy for the terrorist in their interactions because the whole point of the film was to create a revolution in the image of terrorists, so that they would be released when peace came. He had no idea how fast she and another 1,026 terrorists would be freed in reality.

This month the story reached its happy ending, at least as far as Tamimi is concerned—and a sad ending for the families of those she helped murder. Most people don’t know it, but during the time terrorists are in jail, the big-hearted State of Israel sometimes permits them to marry. Ahlam Tamimi married another member of the murder organizations by the name of Nizan Tamimi, who had participated in the murder of Chaim Mizrahi of Bet El.

Mizrahi was murdered by people with whom he had regular business dealings. They were such buddies that when one of them asked to have his picture taken with Mizrahi’s gun, he just took out the magazine, gave him the gun, and took a picture of him. That was the last picture Mizrahi ever took. They grabbed him by the hands and feet and stabbed him to death.

Nizan also was released in the Schalit Deal. However, the authorities refused to allow him to follow his wife, who was expelled to Jordan. Still, this didn’t stop him from trying his luck with repeated requests for family reunification until he finally got his way.

This story didn’t get to you because news producers and editors ignored it. We tried to explain to them that this is a serious blow to the feelings of the bereaved families and to moral principles, not to mention a violation of the Victims’ Rights Law. We explained that the Ministry of Justice didn’t even inform the families and that Netanyahu’s office, which had been so sensitive to the feelings of the Schalit family and the media, didn’t respond to the letter sent by attorney Arnold Roth, whose daughter Malki was murdered at Sbarro.

So why did they ignore the story? One typical answer that we received: It’s true that they killed sixteen Israelis, who can’t ever be reunited with their own families, but what good will revenge do? Why should we begrudge them the opportunity to build a new life together after spending so long in prison? Besides, coming after the wholesale release of terrorists from jail, this is nothing.

Following that, we went to the security establishment to get answers. Why had they changed their minds and let Nizan go to Jordan? The answer we received is that in the present situation, it is preferable that he be in Jordan, as the criminal had taken steps to return to terrorism.

Then why don’t you put him back in jail? The release of terrorists in the Schalit Deal had conditions attached to it to let the authorities return recidivist terrorists to jail to serve the remainder of their original sentences!

The answer to that was even more informative.

You know how it is, our interlocutors said. We can’t reveal our sources and sometimes we can’t even reveal our evidence. The only option is to request administrative detention…. 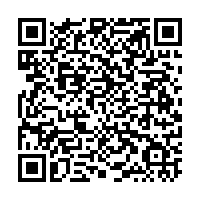