A U.S. departure from the recognition of a united Jerusalem as the exclusive capital of the Jewish state would be consistent with the dismal track record of the State Department, which has been systematically wrong on Middle East issues.

However, such departure would violate U.S. law, defy a 3,000 year old reality—documented by a litany of archeological sites and a multitude of documents, dating from the biblical era right up to the present day—spurn U.S. history and geography, and undermine U.S. national and homeland security.

Establishing a U.S. Consulate General in Jerusalem—which would be a de facto U.S. Embassy to the Palestinian Authority—would violate the Jerusalem Embassy Act, which became U.S. law on Nov. 8, 1995, with substantially more than a veto-override majority on Capitol Hill.

According to the law, which enjoys massive support among the U.S. population and, therefore, in both chambers of Congress:

“Jerusalem should remain an undivided city in which the rights of every ethnic and religious group are protected….

“Jerusalem should be recognized as the capital of the state of Israel; and the United States Embassy in Israel should be established in Jerusalem….

“In 1990, Congress unanimously adopted Senate Concurrent Resolution 106, which declares that Congress ‘strongly believes that Jerusalem must remain an undivided city in which the rights of every ethnic and religious group are protected….’

“In 1992, the United States Senate and House of Representatives unanimously adopted Senate Concurrent Resolution 113 … to commemorate the 25th anniversary of the reunification of Jerusalem, and reaffirming Congressional sentiment that Jerusalem must remain an undivided city….

“In 1996, the state of Israel will celebrate the 3,000th anniversary of the Jewish presence in Jerusalem since King David’s entry….

United Jerusalem and the legacy of the Founding Fathers

The unification of the 13 colonies was reminiscent of King David’s unification of the 12 Jewish tribes into a united political entity and his establishment of Jerusalem as the capital city, which did not belong to any of the tribes (Washington, D.C., does not belong to any state). King David entered Jerusalem 2,755 years before the United States gained its independence.

The impact of Jerusalem on the authors of the Federalist Papers, the Declaration of Independence, the Constitution, the Bill of Rights, the Federalist system and overall civic life is reflected by the existence, in the United States, of 18 Jerusalems (four in Maryland; two each in Vermont, Georgia and New York; and one each in Ohio, Michigan, Arkansas, North Carolina, Alabama, Utah, Rhode Island and Tennessee), 32 Salems (the original biblical name of Jerusalem) and many Zions (a biblical synonym for Jerusalem and the Land of Israel). Moreover, in the United States there are thousands of cities, towns, mountains, cliffs, deserts, national parks and streets bearing biblical names.

The Jerusalem reality and U.S. interests

Recognizing the Jerusalem reality and adhering to the 1995 Jerusalem Embassy Act—and the subsequent recognition of Jerusalem as Israel’s capital and the relocation there of the U.S. Embassy to Israel—bolstered the U.S. posture of deterrence, in defiance of Arab/Islamic pressure and threats.

Contrary to the doomsday assessments by the State Department and the “elite” U.S. media—which have been wrong on most Middle East issues—the May 2018 implementation of the 1995 law did not intensify Palestinian, Arab and Islamic terrorism. State Department “wise men” were equally wrong when they warned that Israel’s 1967 reunification of Jerusalem would ignite a worldwide anti-Israel and anti-U.S. Islamic eruption.

Adherence to the 1995 law distinguishes the United States from rogue regimes and terror organizations, the anti-U.S. United Nations, vacillating Europe and the cosmopolitan worldview of the State Department, which has systematically played down the United States’ unilateral, independent and (sometimes) defiant national security action.

On the other hand, U.S. procrastination on the implementation of the 1995 law—by presidents Clinton, Bush and Obama—eroded the U.S. posture of deterrence, as it was rightly perceived by the world as appeasement in the face of pressure and threats from Arab/Muslim regimes and terrorists. As expected, it radicalized Arab expectations and demands, failed to advance the cause of Israel-Arab peace, fueled Islamic terrorism, and severely undermined U.S. national and homeland security. For example, the bombing of the U.S. embassies in Kenya and Tanzania in August 1998; the bombing of the USS Cole in the port of Aden in October 2000; the 9/11 attacks, etc.

In 1949, President Truman followed Secretary of State Marshall’s policy, pressuring Israel to refrain from annexing western Jerusalem and to accept the internationalization of the ancient capital of the Jewish people.

In 1950, in defiance of brutal U.S. and global pressure to internationalize Jerusalem, Prime Minister David Ben-Gurion reacted constructively by proclaiming Jerusalem the capital of the Jewish state, relocating government agencies from Tel Aviv to Jerusalem and settling tens of thousands of immigrants in the city. He upgraded the transportation infrastructure serving Jerusalem, erected new Jewish neighborhoods there along the 1949 cease-fire lines and provided land reserves for long-term growth.

In 1967, President Johnson followed the advice of Secretary of State Rusk—who opposed Israel’s 1948 Declaration of Independence—highlighting the international status of Jerusalem, and warned Israel against the reunification of Jerusalem and construction in its eastern section. Prime Minister Levi Eshkol adopted Ben-Gurion’s statesmanship, fended off the U.S. pressure, reunited Jerusalem, built the first Jerusalem neighborhood beyond the 1949 ceasefire lines, Ramat Eshkol, in addition to the first wave of Jewish communities in Judea and Samaria (the West Bank), the Jordan Valley and the Golan Heights.

In 1970, President Nixon collaborated with Secretary of State Rogers in attempting to repartition Jerusalem and pressure Israel to relinquish control of Jerusalem’s Holy Basin, and to stop Israel’s plans to construct additional neighborhoods in eastern Jerusalem. However, Prime Minister Golda Meir refused to rescind the reunification of Jerusalem and proceeded to lay the foundation for additional Jerusalem neighborhoods beyond the 1949 ceasefire lines: Gilo, Ramot Alon, French Hill and Neve Ya’akov, currently home to 150,000 people.

In 1977-1992, prime ministers Menachem Begin and Yitzhak Shamir defied U.S. and global pressure, expanding construction in Jerusalem, sending a clear message: “Jerusalem is the exclusive and non-negotiable capital of Israel!”

“[In 1978], at the very end of [Prime Minister Begin’s] successful Camp David talks with President Jimmy Carter and President Anwar Sadat, literally minutes before the signing ceremony, the American president had approached [Begin] with ‘Just one final formal item.’ Sadat, said the president, was asking that Begin put his signature to a simple letter committing him to place Jerusalem on the negotiating table of the final peace accord. ‘I refused to accept the letter, let alone sign it,’ rumbled Begin. ‘If I forget thee O Jerusalem, let my right hand forget its cunning,’ said [Begin] to the president of the United States of America, ‘and may my tongue cleave to my mouth’” (“The Prime Ministers – An Intimate Portrait of Leaders of Israel,” 2010).

In 2021, Prime Minister Bennett should follow in the footsteps of Israel’s Founding Father, Ben-Gurion, who stated: “Jerusalem is equal to the whole of the Land of Israel. Jerusalem is not just a central Jewish settlement. Jerusalem is an invaluable global historical symbol. The Jewish People and the entire world shall judge us in accordance with our steadfastness on Jerusalem” (“We and Our Neighbors,” p. 175. 1929). 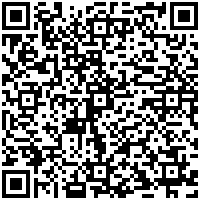