Much fanfare has surrounded Khader Adnan, a self-described leader of Islamic Jihad, currently on a hunger strike against his administrative detention in an Israeli prison. He has predictably become the newest pop-cause for the ‘blame Israel first’ movement by virtue of the simple fact that he is a Palestinian incarcerated in Israel; but his hunger-strike has turned him into a veritable celebrity. The Arab media has compared him to  Mohandas Gandhi; the who’s who of so-called human right organizations have offered their condemnations –  including Human Rights Watch, Amnesty International, as well as Israel’s own B’tselem and Physicians for Human Rights-Israel; and solidarity marches for Adnan have been held in New York, Chicago, and Washington D.C. Adnan’s celebrity status was confirmed when British newspapers the Independent and the Guardian dedicated in-depth pieces to him, glorifying him as a political prisoner. And Catherine Ashton, EU foreign affairs chief, provided the stamp of official credibility by chiming in as well.

But who IS Khader Adnan? Although his ‘plight’ is well-documented, mainstream media articles have provided little in the way of his past, and the possible reasons for his incarceration in the first place, save for a few obligatory sentences providing context. To those that support Adnan, or more accurately – oppose Israel, what he did is essentially immaterial, and the mere fact that he is being detained by Israel is proof of his innocence and Israeli injustice.


Is Khader Adnan merely a baker and post-graduate student, or something more?

And so, it would probably not move these people to know that, contrary to the narrative engendered by his wife and picked up by the mainstream media, he is not an innocuous economics graduate who runs a bakery. Yes, he has tenure, but it is as a member of the Islamic Jihad, currently the most active and dedicated anti-Israel genocidal terrorist organization.

Despite his wife’s fierce denials of Adnan’s role in Islamic Jihad, or in any militant activities, his own statements flatly contradict this narrative. He is a self-described leader of Islamic Jihad, and has taken the initiative in calling for terror attacks against Israel. He has held this position for at least 6 years: on June 8, 2005, the Boston Globe identified Adnan as an “Islamic Jihad spokesman,” quoted him repudiating any sort of cease fire with Israel, and urging all Palestinian terror groups to resume fighting with Israel. In the same article he lambasted the PA, and said the period of calm negotiated by Palestinian president Mahmoud Abbas “is now in its last days”; in a first person interview with al Jazeera in 2005 he said, “we, the PA and all the Palestinian people are in one trench, which is the resistance trench and targeting the Zionist enemy”; and to dispel any doubts that he may have reformed his ways, he was recently described by an Arab news source as “Sheikh Khadar Adnan, the political leader of Islamic Jihad movement in Palestine” (Uruknet, http://www.uruknet.info/?new=85772, 16/2/2012).

For those hailing him as a hero, the fact that Adnan has a lengthy rap sheet that transcends jurisdictional boundaries is a minor detail that need only be glossed over; besides the half-dozen times he has been detained by Israeli authorities for terror-related offenses, Adnan has also been arrested by the Palestinian Authority (as reported by Ma’an news agency and the BBC on September 30, 2010).

Not his first Hunger Strike

Moreover, this is not Adnan’s first hunger strike. He is apparently a skilled propagandist, with an established MO. His first hunger strike though, was not as successful, at least in garnering the international media attention that he and his ilk crave, and this is because it took place in a Palestinian Authority jail. Belying any sense of impartiality and revealing the politicized agenda of human rights groups and the mainstream media alike, no international outcry accompanied his hunger strike, and no international outrage was directed at the Palestinian leadership; not a word from Catherine Ashton, no solidarity marches across the globe, and no front-page exposure. The only protest was confined to a proverbial back page blurb: a condemnation by The Palestinian Centre for Human Rights, which for some reason remained a kind of internal memo.

Despite his record and his declarations,  and despite the fact that Israel has detained him for threatening regional security, Adnan has been hailed as enduring the longest hunger strike in Palestinian history. Islamic Jihad, infamous for its bloody history of suicide bombings and unrelenting war on Israel, has managed to seize on the opportunity to activate its first suicide protester, promising to attack Israel if Adnan dies.

Only in an Israeli jail could Adnan’s myth be nurtured and his persona hailed as a perverse kind of celebrity, with an eager audience collaborating to transform a terrorist into a hero. Nevertheless, the chorus of self-righteous voices wailing indignantly against Israel cannot and should not drown out the legality and morality of Adnan’s detention. Who is Khadar Adnan? A ranking member of a terrorist organization that has encouraged and overseen the murder of Israelis, and he is now trying to divert attention and pervert justice with the help of the usual suspects. 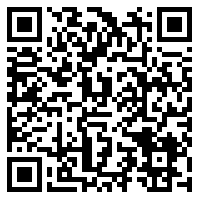