Speaking at a televised CNN town hall, the former FBI Director James Comey conceded that when it came to details inside the infamous anti-Trump dossier his FBI “didn’t know whether they were true or false.”

Yet in late October 2016, Comey signed the first of three successful FISA applications to obtain warrants to spy on the Trump campaign adviser Carter Page. The second and third were renewal applications since a FISA warrant must be renewed every 90 days.

All three applications reportedly cited as key evidence against Page the dossier produced by the Fusion GPS firm which was paid for its anti-Trump work by Hillary Clinton’s 2016 campaign and the Democratic National Committee via the Perkins Coie law firm. The dossier was authored by ex-British spy Christopher Steele.

According to Republican House characterizations, the FISA applications signed by Comey withheld key information raising questions about the dossier, including that it was financed by Clinton and the DNC and had known credibility issues.

Bruce Ohr, a career Justice Department official, admitted in testimony released in March that in the time prior to the FISA warrants he informed the FBI that the anti-Trump dossier was tied to Hillary Clinton’s presidential campaign. Ohr testified that he further warned his FBI superiors that the dossier information was likely “biased” against Trump and that he thought Steele was “desperate that Trump not be elected.”

FISA Warrant Used To Spy
On Page Was Substandard: Mueller

Mueller’s report explained that his team did not find evidence that can be used to charge anyone from the Trump campaign as acting as an agent of a foreign government. It says the FISA warrant to spy on Page was obtained using a “different (and lower) standard” of evidence claiming Russian involvement.

Mueller’s team utilized the standards outlined in the Foreign Agents Registration Act (FARA), which “requires persons acting as agents of foreign principals in a political or quasi-political capacity to make periodic public disclosure of their relationship with the foreign principal.”

That description contained a footnote about the FISA warrant to conduct surveillance on Page, which was obtained based on warrant applications that cited as evidence against Page information from the infamous, largely discredited, Clinton-funded anti-Trump dossier.

The footnote says the Page FISA warrant was obtained from the Foreign Intelligence Surveillance Court (FISC) court utilizing a “different (and lower) standard than the one governing” governing Mueller’s office.

There are major discrepancies between a story told on CNN by James Comey and the same story as Comey recalled it in his infamous memos purportedly memorializing his conversations with President Donald Trump.

At a town hall event broadcast on CNN last Thursday, Comey recounted the alleged details of a February 8, 2017 meeting inside the Oval Office.

“And so the next time I was alone with him, and he told something that was obviously false, which was very, very important, he was saying in the Oval Office – a torrent of words coming at me. I remember the day, February 8th of 2017, a torrent of words. And among the words were his saying, “We are the same kind of killers that Vladimir Putin is.” He was defending his moral equivalency between us and Putin.

“And I interrupted and said, Mr. President, no, we’re not the kind of killers that Putin is. And when I said that, a shadow crossed the president’s face, and the meeting was over, because I just popped that cocoon he was trying to draw around us. And so I knew at that point, I went back to the FBI, and said my relationship with this man is over, and that’s not a bad thing.”

Comey clearly stated that he was “alone” with Trump in the Oval Office during that meeting and that “the meeting was over” because Comey seemed to criticize something the president said. “And the meeting was over, because I just popped that cocoon he was trying to draw around us,” Comey claimed.

In his memos on that same February 8 meeting, however, Comey says that he was not alone but met Trump along with Reince Priebus, who served at the time as White House Chief of Staff.

“Reince stayed,” Comey wrote in the relevant memo. “Seated to my right as I sat in a chair facing the President,” he said, referring to Priebus.

Comey never wrote in the memo that he was alone with Trump, and does not describe Priebus as leaving the February 8 meeting at any time. In fact, he wrote that Priebus “tried to interject” about another matter just one paragraph before Comey describes the conversation about the Putin remarks that he talked about on CNN.

At the CNN town hall, Comey said the meeting was “over” just after seemingly criticizing the president, linking the end of the meeting to his criticism of Trump.

By contrast, in his memo, Comey described the conversation continuing after the Putin remarks, moving on to “other pleasantries and we wrapped up with handshake.”

The description of “pleasantries” and a handshake does not fit with Comey’s narrative on CNN that the meeting ended and also that he “knew at that point” that his “relationship with this man” – Trump – “is over, and that’s not a bad thing.”

Regarding his relationship being “over” after that criticism, that description on CNN too contrasts with Comey’s memos. In those memos, Comey does not say anything about the relationship being “over.” Indeed, he describes a subsequent Oval Office briefing and details three phone conversations with Trump after the February 8 meeting. 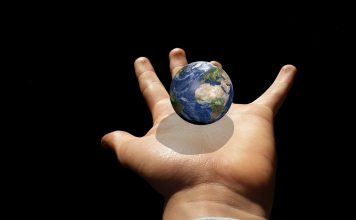 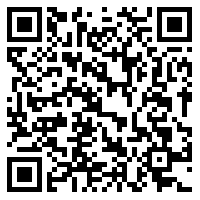