Abu Mujahed, currently a Palestinian Authority intelligence operative, said that “in the aftermath of the law that permits a Palestinian land grab, we are closer than ever to the resumption of hostilities.” Mujahed spoke under the condition that only his nom de guerre be used.

He said the former militants are split over whether to revive the now-defunct paramilitary organization or wage the armed struggle in a way that, unlike the last decade’s Second Intifada, would not embarrass the Palestinian Authority.

“Whether we claim responsibility as the Al Aqsa Martyrs Brigades or not, the die is cast. Israelis have to understand that the lull that started in 2005 is over,” he said.

“We understand that we will not receive any backing from the PA, as we did in the time of the late President Arafat, but the Palestinian people never turned its back on those who engage in resistance against the occupation,” he said.

He rejected claims that the Iran-backed Hizbullah has agreed to sponsor the Fatah militants: “It’s a futile attempt to associate us with Hizbullah, Iran, and the Revolutionary Guards. Yes, they were very much involved in the last chapters of the last intifada, and it’s true that several individual associations with Hizbullah have been established, but Hizbullah is not part of our strategic planning if the armed struggle ever materializes again.”

Since President Donald Trump took office on January 20, a trend has been emerging in which news media outlets have featured articles quoting health care professionals questioning the billionaire’s mental stability in a seeming bid to delegitimize the president.

And now some Democratic politicians – and at least one Republican – are calling for Trump to be subjected to a psychiatric examination to determine whether he is fit for office. Some commentators have even suggested invoking the 25th Amendment of the Constitution, which allows for the commander-in-chief’s removal from office if the “president is unable to discharge the powers and duties of his office.”

This comes after the left’s multiple failed attempts to overturn Trump’s victory, including the recount efforts supported by Hillary Clinton; a doomed campaign to get Trump’s electors to defect before the Electoral College voted in December; and claims that Russian “hacking” impacted the 2016 election.

The health care professionals quoted in recent weeks attempting to diagnose Trump seem to be violating the so-called Goldwater Rule, which was established by the American Psychiatric Association after similar unsupported attacks against Senator Barry Goldwater during his 1964 presidential campaign, which was widely considered a threat to the political establishment.

The APA’s Goldwater Rule forbids psychiatrists from commenting on someone’s mental status unless they first carry out an examination and the doctor is authorized by the patient to speak to the public.

Gartner’s quotes have since been picked up by numerous news media outlets in order to question Trump’s emotional health.

“Narcissism impairs his ability to see reality,” Dr. Julie Futrell, a clinical psychologist, told the newspaper while pointing out that she never actually treated Trump.

New York Times columnist Paul Krugman, who has no medical degree, weighed in on Trump’s health status, tweeting that the president is “obviously mentally ill.”

The campaign to question Trump’s mental health may have an ultimate goal in mind. Last Month, Will Rahn, political correspondent and managing director of politics for CBS News Digital, wrote a commentary piece at CBSNews.com titled, “An obscure way to oust an American president.”

He pointed to the 25th Amendment as a way to declare a president unfit for command: “Regardless of whether Trump is suffering from some kind of mental ailment, the Constitution does provide a manual for what to do in case of presidential incapacity in the form of the 25th Amendment. In particular, a provision within Article 4 of the amendment lays out how a president can be forced to surrender his powers should he be ruled unable to fulfill his duties.” 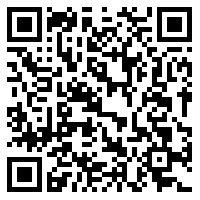