In 2011, using his position as public advocate, De Blasio launched a nonprofit called the Coalition for Accountability in Political Spending, or CAPS. The group received its primary launch donation of $400,000 from Soros’s Open Society Institute.

De Blasio used his group and his public office to organize with other Soros-funded groups.

In 2011, Chris Bragg at CityAndStateNY.com reported that De Blasio pursued a case against the Minnesota-based Target Corporation after the company contributed $150,000 to an organization that promoted a local politician, Tom Emmer, for governor. Emmer had drawn controversy for reportedly opposing a law that sought to combat the bullying of homosexual youth.

De Blasio’s office reportedly responded by organizing a protest with MoveOn.org, which is funded directly by Soros as well as by the Soros-funded Tides Foundation.

De Blasio also worked with other Soros-funded groups, noted Bragg, including Common Cause, the advocacy group Public Citizen, and the D.C.-based Center for Political Accountability.

De Blasio, meanwhile, has a long history with the controversial Association of Community Organizations for Reform Now, or ACORN, once even steering public funds to an ACORN front group.

The relationship may be instructive. De Blasio is currently pushing a “living wage” plan that was originally ACORN’s pet project. A similar plan has been attempted in more than 80 U.S. cities, many times to disastrous financial affect.

As a councilman, De Blasio steered $115,000 in taxpayer dollars directly to ACORN as well as to the organization’s affiliate, the New York Agency for Community Affairs.

De Blasio’s 2010 public advocate campaign was also endorsed by the ACORN-founded Working Families Party, with which the politician evidences a larger working relationship.

De Blasio turned around and spent $67,740 to hire WFP’s for-profit branch, Data and Field Services, for canvassing and election consulting. The organization was run from the same office as New York ACORN.

WFP was founded by progressive activist Dan Cantor, who also was a founder of the socialist-oriented New Party.

De Blasio reportedly served as executive director of the New York branch of the New Party.

The foreign-headquartered company that recently purchased the leading U.S. electronic voting firm is expanding its services to include election observation and social media monitoring services.

Scytl’s new “Election Observer” describes itself as a web-based solution that “manages the multiple facets of election observation.”

“Using GPS technology, Scytl Election Observer can also be used for location monitoring and deployment on Election Day ensuring that remote locations are reached and obligations are met.”

The company, which bought the leading U.S. electronic voting firm in 2012, announced that its technology will be deployed at more jurisdictions ahead of the 2014 midterm elections.

A Scytl company news release boasted that its “electronic pollbook solution recently achieved a significant milestone by eclipsing the 100th implementation in the United States.”

“This number continues to grow with many jurisdictions planning to implement electronic pollbook technology ahead of the 2014 election cycle,” continued the release.

An Iranian cell has been caught in Saudi Arabia attempting to provoke a Shiite rebellion against the Saudi kingdom, according to informed Middle Eastern security officials.

The security officials said interrogation of the cell of seven Iranian agents caught in an eastern Saudi province revealed the existence of a second cell in Bahrain also attempting to destabilize the country by plotting a Shiite rebellion.

The security officials said that Saudi Arabia passed information to the Obama administration warning that U.S. outreach to Iran has emboldened Tehran to press ahead with a campaign to attempt to weaken moderate Arab regimes allied with the U.S. 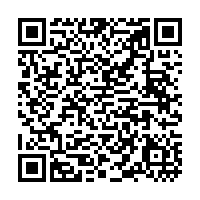