Minister Yair Shamir, Israel Beiteinu’s no. 2 and son of late Prime Minister Yitzhak Shamir, says he and six other government minister are asking a renewed discussion in Netanyahu’s cabinet of the release of Palestinian terrorists from Israeli jails.

Shamir told Israel radio he is not seeking a condemnation of recent terrorism murders from PA chairman Mahmoud Abbas, but instead is interested in re-examining Israel’s own red lines.

Traditionally, every time Israel has extended goodwill gestures, such as reducing the number of check posts on the roads and releasing terror prisoners, Arab response has been an increase in violence.

Jewish Home chairman and Economy minister Naftali Bennett is one of the senior members of Netnyahu’s coalition government who are rebelling against the wholesale release of prisoners. The group also includes Jewish Home’s Uri Orbach and Uri Ariel, Likud’s Israel Katz, and Israel Beiteinu’s Uzi Landau and Sofa Landver.

The seven ministers sent a letter to the prime minister, calling on him to assemble his cabinet soon to discuss the releases in light of the recent murders.

Bennett, who spoke at the funeral of Sgt. Gal Kobi who was shot by a sniper in hebron, said: “We will fight to uproot the concept that murderers can be released just like that. The murderers will be punished severely and we will act with all our might to make sure there won’t be an option of ever letting them out.”

Leftist Meretz chairwoman, MK Zahava Gal-On, sharply criticized Minister Shamir’s statement, saying it is irresponsible. She said it is inconceivable that ministers will openly criticize their government’s decisions, an act that amounted to lawlessness.

It’s touching, the way she worries about the Likud coalition’s cohesion…

“The Movement” minister Amir Peretz told Israel radio that there was no connection between the peace negotiations and the murder of Israeli soldiers. He warned that the window of opportunity won’t remain open forver.

Circles close to Netanyahu reacted dismissively to the seven ministers’ letter, saying the prisoners’ release is part of the renewal of talks with the Palestinians, and there’s no way to halt them now.

Officials in Defense Minister Ya’alon’s circle told Israel Radio that suspending the talks at this point would only provide Mahmoud Abbas with an even more sympathetic stage at the UN.

Abbas: Palestinian State Will Be ‘Judenrein’ 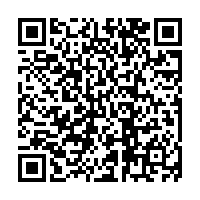