Some wars are lost in a matter of moments, others stretch on indefinitely. The defeat in Afghanistan crept up silently on the national consciousness and even though we are negotiating with the Taliban, the “D” word is hardly used by anyone.

According to Obama, in one of his interminable speeches which all run together and sound the same, there really isn’t a war, just a mission, and the old mission is now becoming a new sort of mission, and the missions, all of them, whether in Afghanistan or Iraq, have been successful which is why we are wrapping them up, except that we aren’t really. And that’s about as clear as the message from the big white building with the neatly mowed lawn out front gets, except for the part about how its occupant singlehandedly parachuted into Pakistan, killed Bin Laden, and then stopped off for some curry and a humanitarian award.


Had McCain won in 2008, we would no doubt he hearing a lot about the “D” word and the quagmire in Afghanistan. But the “Q” word doesn’t really get mentioned either. No war has been lost. Only a mission is ending. And missions, unlike wars, can be defined in so many creative ways that it’s hard to know what to make of them. It’s easy to tell when a war has been lost, but a mission can never be lost, only renamed. And renaming is what Obama did to the Iraq War and the War in Afghanistan. Those wars weren’t lost; they’re only hiding out in the history books under new names and identities.

Wars are usually remembered according to the proclivities of their historians. The history books tend to record the Republican presidents of the last hundred years as either losing wars or winning wars that weren’t worth winning. Democrats however usually win every one.

The Korean War and the Vietnam War were not that far in perception at the time, but are worlds apart in the history books. Had John F. Kennedy lived to serve out two terms and then passed on the big chair to his brother, would the history books even record that the United States lost the Vietnam War? Or would it, like Afghanistan, have gone down as a story about a difficult temporary intervention that ended successfully under the leadership of a wise and caring president?

It is difficult to imagine the left’s narrative of the last century with such a big and meaty chunk taken out of it. What would have become of Oliver Stone’s career without the JFK assassination and the mythology of a cruel and senseless war in Vietnam? Or imagine the last decade if Biden and Gore had managed to talk Clinton into going after Saddam. As entertaining as such speculations might be, renaming missions and tampering with the history books does not alter the outcome of wars.

From the early days, the left had gloated that Afghanistan would become another Vietnam. And like the appointment in Samarra, in attempting to escape that Vietnamness, it repeated many of the follies of Vietnam and few of its triumphs, failing to press the advantage while expending thousands of lives based on abstract theories hatched by the bright boys in Washington and fraudulent books passed on by the wives of generals to their husbands.

We are now in the Afghanistanization stage, hanging around a country for no particular purpose, except that we aren’t very good at departures and the men who made this mess still think that Karzai and his crew can make this work if we provide them with some more training and air support without being shot in the back.

And when we have finally left and Karzai’s cobbled together government collapses, its ministers absconding to Paris and Pakistan with suitcases full of stolen aid dollars, what comes after the war?

The old conflict aimed at denying Al Qaeda one base of operations had been outdated a few years after it began. That was something that Bush instinctively understood and that his critics have only slowly become aware of. Al Qaeda is not a country or an ethnic group. It is a religious vanguard that was always meant to serve as the core of an international Islamist terrorist movement. That function had been fulfilled long before an old man watching porn in a covert compound with no authority over anyone except his many wives was finally put down the hard way. 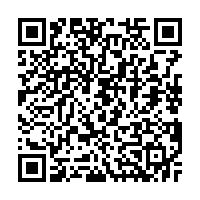