Congress is finally considering legislation to stop the Palestinian Authority from incentivizing violence…This has to stop, and the Taylor Force Act…attempts to do that. As it currently stands, the act would cut U.S. foreign assistance to the West Bank and Gaza in its entirety if the “payments for acts of terrorism against United States and Israeli citizens …do not stop…. There should definitely be no ‘pay to slay’, but…[b]eing smart counts for more than being right. And the smart approach is one that also recognizes that innocent Palestinians…should not be forced to pay for the mistakes of a government they cannot control. – David Makovsky et al“The Smart Way to End ‘Pay to Slay’”, Foreign Policy, August 2, 2017.


Lesley Stahl, on CBS’s 60 Minutes on the effects of US led sanctions against Iraq (May 12, 1996): We have heard that half a million children have died. I mean, that’s more children than died in Hiroshima. And, you know, is the price worth it?”

Madelaine Albright, then U.S. ambassador to the United Nations , subsequently President Clinton’s Secretary of State: I think this is a very hard choice, but the price — we think the price is worth it.

Recently, three members of the well-known think-tank, the Washington Institute for Near East Policy, posted an article on the new legislative initiative, named the Taylor Force Act after the West Point graduate and veteran, who was killed in a terrorist attack in Israel last year.

The proposed bill, which was recently passed in the Senate Foreign Relations Committee with overwhelming bipartisan support, is designed to stop American financial aid to the Palestinian Authority [PA] until it ceases its generous payments to individuals who commit acts of terrorism and to the families of deceased terrorists.

Perversely, under the prevailing conditions, the more gruesome the act of terror and the longer the sentence imposed on the perpetrator, the greater the remuneration!

Indeed, as the Wall Street Journal points out, under existing circumstances, “U.S. aid becomes a transfer payment for terrorists”.

This is clearly an unconscionable situation and hence legislation to contend with it, and correct it, was not only appropriate, but imperative.

The need for a punitive response to the egregious “pay for slay” custom of the PA was conceded by the previously mentioned Washington Institute article, entitled “The Smart Way to End ‘Pay to Slay’”.

Penned by David Makovsky,  distinguished fellow  and director of the project on the Middle East Peace Process, veteran diplomat Dennis Ross, distinguished fellow and counsellor on the U.S.-Israel Strategic Relationship, and Lia Weiner, a research assistant, it clearly proclaims “There should definitely be no ‘pay to slay’… This has to stop.”

“…the ‘mistakes’ of a government they cannot control”.

However, it cautions against an across-the-board cessation of US funds to the PA, calling for a more nuanced (read “watered-down”) application of the punitive cuts: “Threats of sweeping cuts to Palestinian aid may hurt the cause more than they help.” They warn that “To entirely defund U.S. aid to the West Bank and Gaza is…to halt economic and social progress there”, proposing instead an approach that “recognizes that innocent Palestinians…should not be forced to pay for the mistakes of a government they cannot control”.

But making the innocent members of the population pay for the nefarious deeds of governments they “cannot control” has been the hall mark of American policy across the globe for years—even when those governments have been far more tyrannical than the PA.

Indeed, why should “innocent Palestinians” merit greater consideration than “innocents”   in a range of despotic regimes against which the US has imposed punishing, at times crippling, economic penalties—such as Iraq, Iran and North Korea?

For example the US-led UN sanctions against Saddam Hussein-controlled Iraq inflicted wide-spread suffering (see introductory excerpt) on innocent Iraqis—including women, infants and the elderly—who, arguably, had much less chance of influencing the actions of their government than do the “innocent Palestinians” with regard to Abbas’s PA.

Indeed, while it is true that they “have not been able to vote in an election for more than a decade”, and to a large measure cannot “control” the current PA government, they certainly did empower it.  In fact, it is in many ways, a government of their making—and theirs alone.

After all, in the last elections held in 2006, the Islamist terror organization Hamas and PA president Abbas’s Fatah won just over 90% of the vote—with the former winning 74 and the later 45 of the 132 seats in the Palestinian Legislative Council. Interestingly, the third largest party was a faction representing the radical hardline Popular Front for the Liberation of Palestine (PFLP), a terrorist group founded by the infamous George Habash and headed today by Ahmed Saadat, currently in an Israeli prison for his part in planning the 2001 assassination of Israeli minister, Rehavam Zeevi .

“Palestine”: What the polls predict

However, not only did the last elections show a vast endorsement of rejectionist views (both Fatah and Hamas –and the PFLP–vehemently reject any recognition of Israel as the nation-state of the Jews), but recent public opinion polls provide little cause for optimism that this is likely to change.

Indeed, should Abbas leave his post, the most popular candidates are Fatah’s Marwan Barghouti, currently serving multiple life sentences in Israel for a myriad of lethal acts of terror, and Hamas’s Ismail Haniyeh.

Moreover, findings for legislatives elections show that almost 70% would vote for either Fatah or Hamas, 10% for all other parties, with over 20% being undecided.

Thus, there is little reason to believe that—were new elections to be held—they would produce a sea-change for the better in the composition of the PA, or its policy.  In fact, there is considerable room for concern that the very opposite might well be true.

But perhaps most damaging to Makovsky, Ross and Weiner’s contention that “innocent Palestinians…should not be forced to pay for the mistakes of a government they cannot control” is the finding that there is near unanimous public endorsement  for the very financial support that the Taylor Force Act is intended to terminate.

This is precisely the reality mirrored in an article that appeared in Tablet Magazine this week by Alex Kane, according to which” the prisoner payment program is one of the most popular PA programs, and it would be political suicide for the PA to halt it.

So, in stark contradiction to the impression conveyed by Makovsky, Ross and Weiner, the “pay to slay” policy is not something foisted on a reluctant peace-seeking  “innocent” Palestinian population , but is, in fact enthusiastically embraced by it—reflecting nothing more (or less) than vox populi.

Indeed, it is more than a little disturbing to see such “luminaries” as Makovsky and Ross propagating views demonstrably detached from reality, in what appears to be  a misplaced endeavor to create the false impression that, overall, the Palestinians,  share their  worldview—when, in fact,  they clearly seem to have a very different one…

But beyond the fact that their contentions sit uneasily with the empirical evidence, they appear to have additional disconcerting implications. Thus, they endorse the view that “although a tough message [should be] sent to the PA about the consequences of incentivizing violence”, they recommend that measures undertaken should “prevent any deterioration in the quality of life for Palestinians lest that lead to greater radicalization”.

This appears to reflect a curious rationale which suggests that if one is punished for bad behavior, then one’s behavior will become…worse???

This never was a consideration in, say, Serbia, where markets, hospitals, buses, bridges and old age facilities—to name but a few civilian targets that were hit in high altitude bombing sorties in the US-led NATO attacks in the Balkans War of the 1990s.

Indeed, the claim that harsh punitive measures against an authoritarian regime will only make the regime –or the population under its control—more recalcitrant flies in the face of the most basic elements of deterrence theory. After all, if the threat of harsh measures cannot coerce the regime to modify its behavior, why should measures less harsh do the trick?

Moreover, if the collective is not forced to feel the consequences of actions carried out in its name- there is clearly no reason for these actions to cease.  This is particularly true in the case of the “pay to slay” practice, which, while it may be implemented by an authoritarian regime, is widely endorsed by the general public. In this context, the rationale advanced by Makovsky, Ross et al appears to be at once both self-contradictory and self-obstructive.

It is of course somewhat discomforting to see such well-placed and well-connected pundits misread the lay-of-the-land so profoundly. For such gross misperception can only help perpetuate the conflict and its attendant suffering.

Firstly, these misperceptions nourish the false premise that privation drives radicalization, which is clearly disproven by the radicalization of many seemingly well-integrated Muslim youth in Europe, and the fact that in several Arab countries the greatest animosity towards Israel is harbored by the professional, well-to-do echelons of society.

Secondly, they obscure the real nature of the Israel-Arab conflict and hence, hamper the efforts to bring it to an end—diverting efforts toward bogus “causes”.

In this regard, then-defense minister Moshe-“Bogey” Yaalon, in a November 2015 address, correctly diagnosed the conflict as a clash of collectives i.e.  “…predominantly a war of wills, of two societies with conflicting wills”.

But, if the clash is essentially one between collectives, surely victory will require one collective breaking the will of the rival collective. Accordingly, ensuring that said rival can maintain its daily routine hardly seems the most promising stratagem to adopt in an effort to break its will and achieve victory.

Indeed, if anything, it would seem the exigencies for a collective victory over an adversarial collective would dictate the diametrically opposite endeavor – disrupt the daily routine of the adversary. After all, misdeeds perpetrated in the name of the Palestinian collective must carry a price, which the collective pays – for if not, it will have no incentive to curb them.

The Palestinian population is thus not some hapless victim of the terror groups, as some might suggest but the very crucible from which such groups have emerged. It has by its own hand, by its deeds and declarations, made it clear that it will not—except on some temporary, tactical basis –brook any manifestation of Jewish political independence/national sovereignty) “between the River and the Sea”.

At the end of the day, the clash between Jew and Arab over the Holy Land is a clash between two collectives. For the Jewish collective, the Palestinian collective is—and must be treated as it sees itself: An implacable enemy, not a prospective peace partner.

Accordingly, the conflict, as one between collectives cannot be individualized .One collective must emerge victorious, the other vanquished. Only then, after victory/defeat, can the issue of personal misfortune be addressed. 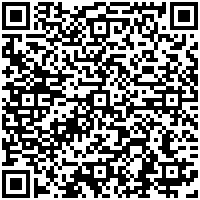