The Fourteenth Jerusalem Conference was held this week – and opened, appropriately enough, with a panel discussion related to the upcoming 50th anniversary of the reunification of Jerusalem.

The conference, sponsored by the weekly religious-Zionist B’Sheva newspaper, was held at the towering Crowne Plaza Hotel, behind Binyanei HaUmah near the main entrance to the city. This is an area that would be barely recognizable to those who haven’t seen it since the city was reunified during the Six-Day War in 1967.


In fact, the three-building Etz Chaim neighborhood just about 100 meters away was once considered so far out of the city that Rav Yechiel Michel Tikochinsky, rosh yeshiva of Etz Chaim, ruled that the holiday of Purim should be celebrated on the 14th of Adar, not the 15th, as if it were not part of the city.

Even the famous central bus station located two streets away from the hotel was not there during the Six-Day War.

Some other milestones that now mark the area are the Bridge of Strings, the nearly completed Israel Rail train station, the Binyanei HaUmah Convention Center, and an entirely new neighborhood of modern apartments across the street from the hotel. Several tall buildings are planned to highlight a new business center there. In short, nothing more typifies the ongoing modernization of Yerushalayim than the area around the main entrance to the city.

What was said at the conference this week about Jerusalem, 50 years after its reunification?

Jerusalem Affairs Minister Ze’ev Elkin stated that it is critical that Israel “actualize its sovereignty over Jerusalem, and not simply declare that it is under Israeli sovereignty.” He noted that most of the city’s Jewish population resides outside the pre-’67 borders: “This says much about the false visions of the viability of dividing this city.”

Elkin is a Likud government minister who lives in Kfar Eldad in eastern Gush Etzion. Born in Kharkov, he made aliyah at the age of 19 and studied in Yeshivat Har Etzion for several years. He was close to completing his doctorate in Jewish History in the Middle Ages  when he was first elected to the Knesset.

In his remarks, Elkin noted that in the liberated areas of Jerusalem, a full 40 percent of the residents are Jews, and “it won’t be long before this number is 50 percent. [However,] the challenges before us are great. The Jewish majority in the city is shrinking – not because of low birthrates, but because of the many Jews who are leaving the city.”

We at KeepJerusalem have noted consistently that this is due to the paucity in both affordable housing and jobs, and that the government of Israel must immediately implement steps to reverse this trend.

Elkin, too, noted that some 2,000 housing units are lacking each year, and that the government must once again return to a construction rate of some 4,000 units each year. “In order to make up for the shortages of this past decade,” he said, “I call upon the government to take advantage of this window of opportunity that has arisen with the new Trump Administration, and build even more.”

Taking additional pages from the KeepJerusalem program for a greater metropolitan Jerusalem, Elkin said that Israel “must invest in the Arab neighborhoods of eastern Jerusalem, which suffer from great neglect and a lack of public services.”

“Jerusalem must grow and include Maaleh Adumim and Gush Etzion,” Minister Elkin said, “and Israel must declare its sovereignty over these areas.”

Another government minister who has a clear vision of a future expanded Jerusalem is Transportation Minister Yisrael Katz, also of the Likud Party. He agreed that Israel must become sovereign over the outlying areas of Yerushalayim and incorporate them into greater Jerusalem. “Unlimited building must be approved in this city,” he said.

New roads, tunnels, and bridges are always exciting to visualize, and Minister Katz did not disappoint his audience. “We are working apace on the tunnels and bridges for the express train route that will shorten the trip from Tel Aviv to the capital to less than a half-hour.” Another vehicular entrance to the city is being planned, with a new three-mile stretch of highway – most of it underground – leading from Motza to Har Nof.

Further stimulating the imagination, Katz said that in the future “the new train route will even reach the Old City, right next to the Western Wall, where an underground train station will be built. By next Pesach, with God’s help, we will fulfill the vision of the Prophet Isaiah and we will make the pilgrimage to Jerusalem with free trips for the entire Jewish people on the new train.”

KeepJerusalem is in the final states of formulating a far-reaching and wide-ranging program for the development of Jerusalem and environs over the coming years and decades. It serves, inter alia, as a contra to various proposals suggested by left-wing elements to divide the city – an option that even author A. B. Yehoshua, a true luminary of the Israeli left, has recently concluded is absolutely undoable.

The objectives of our plan, in brief, include the preservation of united Jerusalem under Israeli sovereignty, for the benefit of all its citizens, predicated upon the rights of the Jewish nation to the city. In addition, we seek to strengthen Jerusalem’s status as capital of Israel and turn greater Jerusalem into Israel’s leading metropolis, as well as to deal successfully with Jerusalem’s demographic difficulties characterized by a constantly shrinking Jewish majority.

The plan, of course, will be presented to Prime Minister Netanyahu and to the top echelons of Israeli government, as well as to the public at large.

Readers interested in receiving a copy – and who wish to support our goals via public advocacy, donations, or otherwise – are invited to send their email address to info@keepjerusalem.org. On behalf of Yerushalayim, we look forward to hearing from you. 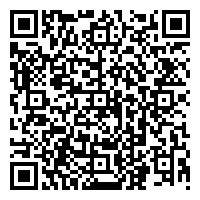