With all the talk of ongoing Israel-PA negotiations and imminent agreements on splitting Jerusalem, and/or withdrawing from the Jordan Valley and/or creating a 23rd Arab state between Jordan and the Mediterranean, one critical aspect seems to be creating its own reality: The Temple Mount, site of the holy Temples in Jerusalem.

At present, the Mount is living a dual and contradictory existence: Out of sight and out of mind for most Jews, yet considered the most volatile spot in the entire Middle East, with the potential to detonate the entire area. Listen to what the Islamic Movement in Israel – a barely legal extremist organization – says. Its vice-chairman Sheikh Kamal Al-Hatib announced that the “Palestinian nation will rise up to protect the Al Aksa Mosque” and that the mosque is “the mouth of a volcano [that] threatens to explode.” This particular sheikh serves in the Islamic Movement under Sheikh Raad Salach, who was convicted last week of anti-Israel incitement, and not for the first time.


Yet while the Temple Mount evokes such strong Muslim emotions, it is no longer clear that it does the same for most Jews. It is told that the saintly Rav Kook and Rav Sonnenfeld, on their “outreach” horse-and-wagon trip to the Galilee settlements 100 years ago, met up with a Jew who insisted he would have to continue to desecrate the Sabbath. While Rav Sonnenfeld told the man he could barely be considered Jewish under such circumstances, Rav Kook emphasized to the man that he had a Jewish spark that simply had to be ignited. He asked the man, “What would you do if you heard that a Jew, filled with love of the Land of Israel, had purchased the entire Temple Mount, razed the whole thing, and planted an orchard there?” The man answered with emotion, “I would destroy that entire orchard with zealous rage, to protest such a vile act!” Rav Kook replied, “Didn’t I tell you that you have the fire of Jewish holiness in your heart?”

How many Jews would pass that test today?

How many know that religious Jews who try to visit the Temple Mount – after having immersed in a mikveh and taken the other necessary halachic precautions – are singled out by the Israel Police while walking up to the Mount and given special treatment: Arbitrary delays, extra checks of their identity cards and papers, extra guards to make sure they do not move their lips in prayer, and restraining orders against their more prominent members.

While this treatment is disheartening, to say the least, much of it might actually soon change. In a fascinating interview with the Makor Rishon newspaper, two guards stationed on the Mount said that the police discrimination against religious Jews could very well stop – if the Temple Mount Loyalists and other like-minded groups keep up their pressure.

“The police are nearing their breaking point,” one said. “If more and more religious Jews come, and the police continue to check them carefully, the police won’t be able to handle it – especially as when recently they tried to show for a short time that they were impartial and asked tourists for their passports as well.”

He said that even the police now realize that Jewish prayer on the Temple Mount doesn’t endanger anyone. “The police know how to provide protection, and when the Supreme Court orders them to do it, they will do it very well. The only thing needed now is a bit more pressure. Even today, the Temple Mount groups have brought the police to a point at which they have difficulty functioning.”

The police have long warned that any outwardly Jewish act on the Mount is likely to cause something near a world war – but in practice, one of the guards said, “even when an Israeli flag was unfurled there three weeks ago, nothing happened; it just doesn’t interest the Arabs. They’re busy with other things, but the police make a big deal out of it.”

“Within the police department itself,” the second guard said, “there is a lot of tension.” As an example, he told how a young man was forbidden from visiting the holy site because he had an army uniform rolled up in his backpack. The man turned out to be a reporter for Army Radio, and he dutifully reported the story to his listeners. “The very next day,” the guard said, “a storm broke out among the police,” including mutual recriminations, the suspension of a guard, and the transfer of a policeman. 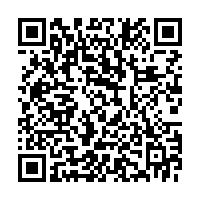