In the past few months, there has been a rise in the number of terrorist attacks against Israelis carried out by gunmen belonging to, or associated with, the Palestinian Authority (PA) and its ruling faction, Fatah. These two bodies are headed by one man: Mahmoud Abbas, who has zero compunction about his loyalists murdering and wounding Israelis. On the contrary, he encourages it and pays generously for it — with money from Europe and the United States.

The PA, which was established after the signing of the Oslo Accord between Israel and the Palestine Liberation Organization (PLO) in 1993, has since been described by some Israelis and Westerners as Israel’s Palestinian peace partner. The PA is largely dominated by members and activists belonging to Fatah, the so-called Palestinian National Liberation Movement that was founded in 1959 and is responsible for an extremely long list of terrorist attacks against Israel. Despite that, Fatah is also often mystifyingly referred to by some Israelis and Westerners as a “moderate” Palestinian faction as opposed to the Iranian-backed Palestinian Islamist groups Hamas and Islamic Jihad.


Fatah, however, has proved over the years that its actions and rhetoric are actually no different from those of Hamas and Islamic Jihad, the terror groups that openly call for the elimination of Israel. (Hamas charter; Islamic Jihad principles and goals.)

In 1993, Yasser Arafat, then leader of Fatah and the PLO, committed “to a peaceful resolution of the conflict” with Israel and claimed that the PLO “renounces the use of terrorism and other acts of violence.” His loyalists, however, continued to murder and wound Israelis even after making these commitments, signing the Oslo Accords and supposedly beginning an Israeli-Palestinian “peace process.”

Fatah’s terrorism reached its peak in 2000, at the beginning of the Second Intifada, which erupted with a massive wave of suicide bombings, drive-by shootings and other forms of violence. Then, Fatah’s armed wing, Al-Aqsa Martyrs Brigades, began operating in the West Bank and Gaza Strip as a private terrorist militia, affiliated with the PA and Fatah leadership.

Since the beginning of this year, Fatah has once again increased its terrorist attacks against Israel. The Al-Aqsa Martyrs Brigades and other armed groups belonging to Fatah are even boasting about the attacks and threatening to continue the fight against Israel. This is all happening while Mahmoud Abbas and his senior officials continue to incite their people against Israel and glorify those involved in terrorism.

Since then, the Al-Aqsa Martyrs Brigades and another Fatah-affiliated group called Lions’ Den have carried out several terrorist attacks against Israeli soldiers and Jewish settlers in the West Bank. The groups are so proud of their terrorism that they have started filming their gunmen preparing and carrying out the attacks. They are, in addition, calling on Palestinians to escalate the fight against Israel, while enthusiastically and warmly endorsing the terrorists.

On September 23, for example, the Al-Aqsa Martyrs’ Brigades published a poster “mourning the martyrdom of Muhammad Abu Juma’a, who carried out a stabbing attack in which two Israelis were wounded. Juma’a was shot dead by an off-duty police officer. The poster praised the assailant as a “hero.”

Earlier this month, the Al-Aqsa Martyrs Brigades mourned the “martyrs” Ahmed Ayman Abed and Abd al-Rahman Abed, who carried out a shooting attack in which an Israeli army officer was killed near the West Bank city of Jenin. The group said it was proud of the two gunmen because they carried out a “quality” attack. The first gunman, by the way, served as an officer with the Palestinian Military Intelligence Force, a security agency dominated by Fatah members.

The growing involvement of Fatah and PA members in terrorism is one of the direct results of the Palestinian leadership’s extereme incitement against Israel. Abbas and his aides continue to level the worst charges and libels against Israel. It is this kind of rhetoric, as well as generous payments, that encourages Palestinians to carry out attacks against Israelis. The fact that Abbas and his entourage do not even bother to rein in or denounce the terrorists is apparently seen by many Palestinians as a green light to continue the attacks.

That is why the Fatah-affiliated Lions’ Den group has felt confident enough to publish a new threat: “O Jews, The Countdown For Your Demise Has Begun; Stabbings, Car-Rammings, Clashes.”

This is the “peace partner” that the Biden administration is hoping to assist in establishing a Palestinian state next to Israel. With a partner like this, it is easy to imagine what the situation in the Middle East will look like — more violence, terrorism and bloodshed. Israel’s “peace partners” are doing everything in their power to confirm the fears of Israelis about the presence of a Palestinian state just a handful of kilometers from their homes. 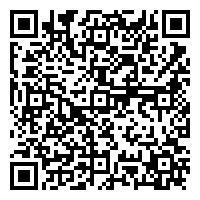