ISIS is on the mind of the Palestinian Authority (PA) leadership. Top PA officials have expressed concern that jihadi groups, including ISIS, have managed to infiltrate Palestinian refugee camps in Lebanon.


Lebanese authorities are also worried — so worried that they have issued a stiff warning to the Palestinians: Stop the terrorists or else we will take security into our own hands.

According to Lebanese security sources, more and more Palestinians in Lebanon have joined ISIS and the Al-Qaeda-affiliated Al-Nusra Front, a Sunni Islamist militia fighting against Syrian government forces. In response, the Lebanese security forces have taken a series of measures in a bid to contain the problem and prevent the two Islamist terror groups from establishing bases of power in the Palestinian refugee camps in Lebanon.

According to some reports, dozens of Palestinians from Lebanon who joined ISIS and Al-Nusra Front have been killed or wounded in Syria in recent months. Most of those who were killed have been buried in Syria, the reports said.

Alarmed by the success of ISIS and Al-Nusra Front in recruiting dozens of Palestinians to their ranks, the Palestinian Authority leadership this week sent Azzam Al-Ahmed, a senior advisor to President Mahmoud Abbas, to Beirut for urgent talks with Lebanese government officials on ways of containing the escalation. The PA leadership fears that the heightened activities of the two terrorist groups in the refugee camps will force the Lebanese army to launch a massive military operation to get rid of the terrorists, who pose an immediate threat to Lebanese national security.

Lebanese security officials have reported direct contacts between ISIS leaders in Syria and some senior Islamist figures in the Ain Al-Hilweh refugee camp, the largest camp in Lebanon, with a population of more of than 120,000 — half of them refugees who fled Syria since 2011. The officials said that one of the commanders of ISIS in Syria, Abu Khaled Al-Iraqi, has stepped up his contacts with Palestinians in Ain Al-Hilweh in recent weeks, in preparation for launching terrorist attacks against Lebanese targets. The Lebanese have named a number of Palestinians from Ain Al-Hilweh evidently serving as ISIS representatives in Lebanon: Emad Yasmin, Helal Helal, Abed Fadda, Nayef Abdullah and Abu Hamzeh Mubarak.

Last week, Palestinian sources revealed that one of the jihadi leaders in Ain Al-Hilweh, Omar Abu Kharoub, nicknamed Abu Muhtaseb Al-Maqdisi, was killed while fighting alongside ISIS in Syria. The sources said that he is only one of hundreds of Palestinians from Lebanon who have joined ISIS and the Al-Nusra Front.

The Lebanese government has informed the Palestinian Authority leadership in Ramallah that at least 300 jihadi terrorists are now barricaded inside Ain Al-Hilweh. “The situation has become intolerable and we can no longer turn a blind eye to this threat,” the Lebanese warned the PA.

The Islamist terrorists who have found shelter inside Ain Al-Hilweh have repeatedly warned the Lebanese authorities against launching a military attack against the refugee camp.

In a recent sermon for Friday prayers, Sheikh Abu Yusef Aqel condemned Lebanon’s mistreatment of its Palestinian population. He pointed out that under Lebanese law, Palestinians are banned from working in 72 professions. Referring to reports in the Lebanese media about the threats emerging from the Palestinian camps, Sheikh Aqel said:

“If these (Lebanese) media outlets were really affiliated with the resistance, as they claim, they would have focused on the suffering of a people that was displaced from its homeland more than 70 years ago. They would also have focused on the fact that Lebanon bans this people from working in 72 professions.”

Aqel is referring to the circumstance that until a decade ago, a total of seventy-two professions were restricted to Lebanese only. The Lebanese government issued a memorandum on June 7, 2005 permitting Palestinians refugees to work in fifty of these seventy-two professions. However, Palestinians in Lebanon are still banned from several types of jobs, especially in the fields of medicine and law. The 450,000 Palestinians living in Lebanon refer to these restrictions as apartheid measures.

The Lebanese apartheid measures against Palestinians are rarely mentioned in the Western media and international human rights groups. The United Nations does not seem overly concerned about this discrimination, apparently because it is practiced by an Arab country against Arabs.

Lebanon has never been comfortable with the presence of the Palestinians on its soil. That is precisely why the authorities have turned the twelve Palestinian refugee camps in Lebanon into ghettos. These ghettos are off-limits to the Lebanese security forces. As a result, these camps have become in the past few decades bases for various innumerable militias and terrorist groups. Until a few years ago, the major Palestinian Fatah faction was the dominant group controlling the refugee camps in Lebanon. No longer. Today, it has become evident that many other groups such as Hamas, Islamic Jihad, ISIS and Al-Qaeda have established bases of power inside the camps.

It is worth mentioning that the United Nations Relief and Works Agency for Palestinian Refugees (UNRWA) is formally in charge of the refugee camps in Lebanon, including those that are now providing shelter to Islamist terrorists.

Back to PA anxiety. Undoubtedly, the Palestinian Authority leadership is concerned that many of its erstwhile loyalists in Fatah have defected to the various jihadi terror groups. These groups are now posing a major threat not only to Lebanon’s security and stability, but also to the PA and its president, Mahmoud Abbas, who feel helpless in the face of the Islamist tsunami sweeping the Palestinian refugee camps in Lebanon.

Abbas and his PA have clearly lost control over the millions of Palestinians living in the neighboring Arab countries, including Lebanon, Syria and Jordan. This is in addition to the fact that Abbas and the PA have nearly no control over Palestinian refugee camps in the West Bank and Gaza Strip, where various jihadi groups and other secular militias and gangs are now in control.

The hands of the Palestinian Authority leadership are now tied: the PA cannot regain control over the refugee camps in the West Bank, Gaza Strip and the Arab countries. There is also nothing that Abbas can do to stop the residents of these camps from joining ISIS, Al-Qaeda, Hamas and Islamic Jihad.

All what is left for Abbas to do is to try and prevent a catastrophe from falling on the heads of the Palestinians in these camps, especially Lebanon, where the Lebanese authorities are increasingly running out of patience with the growing Islamist threat.

“The Lebanese army will not allow terrorism to find a safe place in Ain Al-Hilweh or any other part of Lebanon,” cautioned a Lebanese security source. “We will not allow Ain Al-Hilweh to become a hotbed for terrorism and be used as a launching pad to explode the situation in Lebanon. We will face any such attempt with force and firmness.”

The Palestinians’ biggest fear now is that Ain Al-Hilweh will meet the same fate as the Nahr Al-Bared refugee camp in Lebanon, which was almost entirely destroyed by the Lebanese army in 2007. Then, the presence of Islamist terrorists belonging to the Fatah Al-Islam group inside Nahr Al-Bared triggered heavy clashes during which the Lebanese army used artillery and helicopter gunships to attack the camp, home to some 40,000 Palestinians. At least 158 people were killed and hundreds wounded in the fighting, which also left many families homeless.

Busy with more pressing issues, Abbas was unable to make the trip to Lebanon himself. What is the urgent business that prevented him from showing up in person to try to prevent catastrophe for his people in Lebanon? His grand tour, an end-game bid to win support for an international Middle East peace conference that would choke Israel into submission.

Abbas is next slated for Paris, where on July 22 he is scheduled to meet with President François Hollande to discuss the latest French initiative to “solve” the Israeli-Palestinian conflict. Hollande might do better to turn inward to consider how his own country will manage the latest wave of Islamist terrorism. Abbas, for his part, is unlikely to broach with Hollande the incendiary situation in the Palestinian refugee camps, where ISIS and Al-Qaeda are gaining the upper hand. 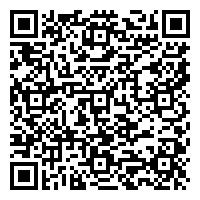