Editor’s note: This column is written by Shmuel Sackett, co-founder, along with Moshe Feiglin, of Zo Artzeinu, Manhigut Yehudit, and Zehut.


Let’s be honest. How many shuls in your neighborhood celebrated Yom Ha’atzmaut this past week? There was a time, not too long ago, when 90 percent of shuls in America commemorated this awesome day… but now?

What happened? Yes, all the Young Israels celebrated it, and many others shuls as well, but you cannot deny that there is a sad trend going on. The overwhelming majority of shuls founded in the last 20 years are – by and large – completely Zionist-free. Why is that?

Why do these shuls, which are so strict in all areas of halacha (as they should be!), completely ignore the greatest miracle to happen to the Jewish nation in the last 2,000 years? Think I’m exaggerating? In the most recent edition of HaMizrachi, Rabbi Doron Perez, CEO of World Mizrachi, wrote a beautiful dvar Torah which stated that, in many ways, the birth of the modern State of Israel, may even be a greater miracle that the Exodus from Egypt!

1) The Exodus came after 210 years whereas the return to modern Israel happened after almost 2,000 years.

2) In Egypt, all of the Jewish people were together in one country, but in the modern era, Jews came from all over the world, having been literally scattered to the four corners of the earth.

3) In Egypt they spoke Hebrew to each other and were culturally similar while in 1948 the Jews who came to Israel spoke as many as 80 different languages with different cultures and customs.

Rabbi Perez then states that from the first Yom Ha’atzmaut (the 5th of Iyar 5708) until the end of 1951, a total of 686,739 Jews arrived in Israel from 70 different countries! That was the first time since the destruction of the second Beit HaMikdash that “Jews could return to Eretz Yisrael with no restrictions imposed on them by a ruling power.”

Add to the above that all of this happened just three years after the Holocaust and that five Arab armies immediately attacked but were defeated by the Jewish State’s inexperienced, poorly-trained, and horribly-equipped army! If that doesn’t constitute the greatest Jewish national miracle in the last 2,000 years, then I don’t know what is.

So why this negative or apathetic attitude from so many of our shuls and rabbanim? The rabbis will tell you that they are simply following the yeshivas that they received semicha from. Since there are no Yom HaAtzma’ut celebrations in Chofetz Chaim, Shor Yashuv, Lakewood, Telshe, Mir, Chaim Berlin, or Ner Yisroel, why should they institute one in their shul? They are simply following what they learned.

On one hand they are right; a rabbi will teach what he has been taught. But there’s one major point that is being overlooked. A rav deals with modern life, which brings many challenges that face his community on a daily basis. I guarantee you that the problems facing today’s youth – and many adults as well – were not discussed in his yeshiva, back in the day, so why only deal with the negative?

Must a rav focus only on the growing drug problem, the political correctness of society, or the crazy smart-phone world we all live in? Why can’t the positive things be shared and celebrated – like the miracle of the State of Israel?

Forgetting about everything else, do you know how much Torah is being studied in Israel today? More than ever before in Jewish history! There are 120,000 full-time Torah students in Israel studying in more than 1,500 yeshivas and seminaries!

For that reason alone every community should sing, dance and say Hallel on Yom HaAtzma’ut. Should we just totally ignore the greatest Torah revolution in history?

Dearest friends, I know what you’re thinking: The State of Israel is far from perfect. We don’t have the Beit HaMikdash, many of our leaders do not keep Torah and mitzvot, and – fill in the blank with another 100 things. Yes, it’s true – and we need to change each and every one of those things, but that does not change the fact that we are witnessing and living a miracle on a daily basis.

Parents jump for joy when a new baby is born even though that baby does close to nothing for a long time. The modern State of Israel is just 71 years old, which – when compared to the rest of the world – is still a baby. We need to focus on the potential of that baby and what it has already accomplished in its infancy.

I urge each and every one of you to push your shul towards this direction. Make sure the prayers are said each Shabbat for both the holy IDF soldiers as well as the State of Israel. We must thank Avinu Malkenu for giving us what our grandparents dreamed about. Let’s never take this incredible gift for granted. Am Yisrael Chai! 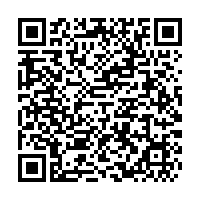