The following are remarks Moshe Feiglin made at a Knesset deliberation on Sweden’s recognition of a Palestinian state:

I have no complaints against the Swedish government. From their point of view, they reached a logical conclusion. After all, since the Oslo Accords, every Israeli government – including the current one – has promoted the two-state solution. When Israel does not speak the truth, and declares that the very heart of our land belongs to a different nation, we turn ourselves into thieves, into the troublemakers of the entire world. The world, in turn, says, “If that is the case, let us recognize the ‘Palestinians.’”

In the entire history of nation states – approximately the past 200 years – there has never been an ethnic group that has received so much aid and assistance to establish its state and yet did not succeed in doing so. The reason for this failure is because the last thing the “Palestinians” want is a state. They do not want their own state: they – including their representatives in the Knesset – want to destroy our state. That is their main drive.

And so, I have no complaints against the Swedes. My complaint is against ourselves. Let us tell the truth: There is only one nation here that is sovereign over the entire land. That is the Jewish nation. 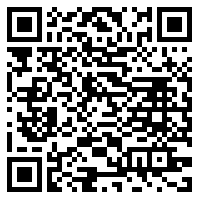