As details of President Trump’s “peace” plan come to light, it is time to remind the Jewish people and our political leaders of a few basic truths about this latest dangerous proposal.


For all those who have forgotten the fundamental principles of Zionism, we will recall that the Land of Israel is our land, and the only way to lead to true peace is to apply Israeli sovereignty over Judea and Samaria.

An Israeli concession to the Zionist-historical principle that this land belongs to the people of Israel alone, will lead to further concessions as has been proven in the past.

Israel is once again asked to continue to pay in the currency of territory for insignificant signatures of the Arab side on pieces of paper.

There is no country in the world that desires to live that gives up its achievements in a war that was forced on it.

Israel will not be able to exist in a reality where an Arab terror state is established in its heart, a state that will lead to the Hamas takeover of the territory, the massive emigration of millions of Arab refugees to that country that will arise out of nowhere and thus the Jewish demographic majority will be lost between the sea and the Jordan.

In addition such a state would be a security threat to the entrance to Israel, to the Ben-Gurion Airport that will be shut down, Arab missiles will be launched towards the center of Israel and Iron Domes will become an integral part of the entire of the country.

The big problem is that the Right does not advance, with full force, its political plan, the plan of the application of Israeli sovereignty over Judea and Samaria, and thus a vacuum is created in which irresponsible political plans are initiated by the American administration, the Israeli left and the European countries.

We turn directly to the ministers and the Knesset members of the Likud and Bayit Yehudi:  This is the time of your test. This is the moment when you have to lead the path of sovereignty, sovereignty that you advocate and favor, and thus stop the dangerous proposal that is emerging from the White House. 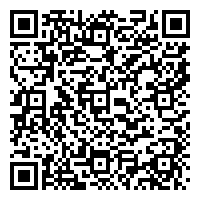