To our mind Mr. Lhota’s injecting the Lopez Assembly controversy into the mayoral race, something that has scant relevance to anything in his campaign platform, is a transparent effort at jump-starting what has otherwise been a lackluster campaign by securing some name recognition and perhaps whipping up some financial support. We think it no small coincidence that Mr. Lhota promptly followed up his attack on Mr. Silver with an extravagant fundraising e-mail.


It should be noted that Mr. Lhota’s remarks were directed at someone who has long been the single most productive elected official in the country in terms of laws enacted to protect the rights of Jews as a minority group. And while politics is politics, Mr. Lhota could not have been unmindful that his attack – were anyone actually paying attention to anything he says – could have helped fuel the anti-Silver bandwagon being driven by the city’s daily tabloids.

It is also a fact that the major candidates for mayor on the Democratic side have all been leaders in advocating for women’s rights and all have expressed support for Speaker Silver in the Lopez matter. In addition, Mr. Silver enjoys nearly unanimous support on the issue from the members of the Assembly Democratic caucus – including its female contingent, which has pressed for many women’s rights initiatives. Indeed, Mr. Silver himself has long been key to many of the achievements in this area.

There is another very current issue on the state level if Mr. Lhota is truly searching for a state issue to address. As we discussed last week, the Assembly had passed a bill sponsored by Speaker Silver that prohibits domestic insurers from including on their financial statements investments in companies that engage in investment activities in Iran. State insurance regulators rely on such financial statements to determine whether a company is solvent and able to pay claims.

Mr. Silver has said his bill addresses a concern that investments in Iran are not financially sound given the political turmoil there. Yet he also noted that he hopes this legislation would further encourage divestment in Iran in tandem with federal legislation. This is certainly something our community, along with most New Yorkers, is interested in. Sadly, the Republican majority leader of the State Senate, Dean Skelos, did not even allow Silver’s bill to be voted on before the legislature adjourned last Friday.

Rather than commenting on this clear failure on Senator Skelos’s part, Mr. Lhota chose to challenge Speaker Silver over the Lopez affair. 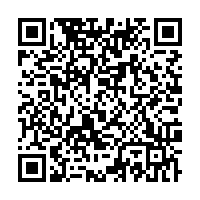