In his prime time speech last Thursday night, President Joe Biden attacked Donald Trump as the leader of an extremist assault on America’s values, declaring that the midterm elections are a ‘battle for the soul of this nation.”

“There is no question that the Republican Party today is dominated, driven, and intimidated by Donald Trump and the MAGA Republicans and that is a threat to this country,” Biden said.

One could easily understand why he would try to make Trump the issue – what with runaway inflation, monkeypox, the immigration crisis, the rising China threat, out-of-control crime, compromised supply chain, and growing dismay over the “woke” ideology. Obviously the woeful state of his popularity and even the Democratic calls for him not to stand for reelection were not lost on him.

But his “soul of the nation” theme also got us to wondering whether he is really one to lecture others about American values. What immediately came to mind was the staging of the speech itself: although transparently partisan, the speech was taxpayer-funded and was delivered with uniformed Marines deployed prominently in the background. So much for the American traditions of an apolitical military and keeping official and campaign spending separate.

Indeed, this sort of thing was even too much for longtime New York Times columnist Ross Douthat, known for his animus towards Mr. Trump. In a piece titled “Does Biden Really Believe We Are in a Crisis of Democracy?” Douthat wrote:

“You may believe that American democracy is threatened as at no point since the Civil War, dear reader, but they [the Biden White House] do not. They are running a political operation in which the threat to democracy is leverage, used to keep swing voters onside without having to make difficult concessions to the center or the right.”

When we further consider President Biden’s attack on people who disagree with him, it occurred to us that this flew right in the face of the American notion of our country as a marketplace of ideas. We are not talking about those who violently invaded the hall of Congress, but those who urged a change of slates of electors to the Electoral College. Is there anything untoward or illegal with that? How are those being charged with crimes in relation to the Jan. 6 insurrection supposed to get a fair trial when the Attorney General’s boss, the President, has already declared them a threat to democracy?

Let us also not forget Mr. Biden’s continuing assault on the American doctrine of separation of powers: the Wall Street Journal this week characterized the scale of President Biden’s use of executive orders to put in force policies properly within the province of Congressional action as “unprecedented.”

Most recently, the President trampled on Congressional prerogatives when he canceled student loan debt for millions of borrowers to the tune of an estimated $500 billion. He cited a 2003 law which granted the Secretary of Education the power to cancel student debt in “a national emergency,” claiming COVID-19 was just such a circumstance. Yet most commentators dismiss this as a pretext, pointing to the 2020 Cares Act specifically authorizing a president to suspend student loan payments temporarily because of COVID-19 – not to cancel them outright. In fact, last year the Education Department opined that it could not suspend the loan debts based on that law, and President Biden and Speaker Pelosi both publicly agreed with that conclusion.

In a similar vein, it is a constitutional requirement and tenet of American foreign policy that treaties with other countries must be ratified by a two-thirds majority of the U.S. Senate in order to be binding. President Barack Obama notoriously and unprecedentedly circumvented this requirement when he committed the United States to the 2015 nuclear agreement with Iran – the Joint Comprehensive Plan of Action – without submitting it to the Senate ratification process but rather to perfunctory and meaningless consultations with legislators.

With the final stages of negotiations to renew JCPOA reportedly underway, President Biden has already indicated that he has no intention of seeking Senate ratification and plans to just sign on the dotted line with Iran.

Donald Trump’s rhetorical excesses may present problems, but the liberties Joe Biden takes with our fundamentals may well be more corrosive of our democracy. 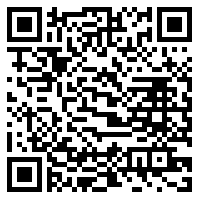