Perhaps we were made a little gun-shy by those recent police-enforced social distancing guidelines that meant we couldn’t daven with minyan, pay a shiva call or get married under a chuppah. So even though those imposing the restrictions had a point, we were still shaken by a recent report that the U.S. Department of Justice was requesting emergency powers from Congress amid the coronavirus pandemic.

Of particular concern, was that they were asking for the power to ask judges for the authority to detain people indefinitely without trial during emergencies. Also sought were additional emergency authority for courts to extend statutes of limitations and to set rules for asylum requests and the way court hearings and proceedings are conducted.

The DOJ effort was widely attacked on social media and a spokesman issued a clarification to the effect that the department was not seeking new “emergency powers” for itself that would “suspend” certain rights in criminal matters. In reality, the spokesperson said, judges would be the ones to determine when the normal rules would be suspended. “These provisions are designed to empower courts to ensure the fair and effective administration of justice,” in an emergency.

Well, in addition to those “social distancing” restrictions, the FISA court scandals are still fresh in our minds. 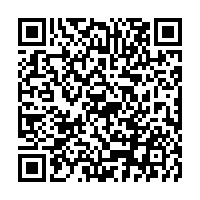