Fernando Cabrera is the candidate for borough president who best represents the interests of the Jewish communities in the Bronx, with his focus on affordability, public safety, and providing services for seniors.


He was quick to condemn the recent synagogue attacks in the Riverdale community and the disturbing rise of anti-Semitism nationwide. With this scourge in mind, just this month Cabrera authored and passed legislation to increase penalties on attacks on places of worship. As a person of faith himself and as a pastor, he has a deep understanding of the uniqueness of the Jewish people and our homeland.

In 1989, Robert Cornegy played basketball in Israel and spent time in a kibbutz where he learned cooperative economics that provided him with the experience he needed when he joined the NYC Council. His current council district borders Williamsburg and Crown Heights where he has learned and understood the vastly different cultures and believes he can successfully work effectively with the communities. He is a big advocate for responsible development building and will actively attract new business to Brooklyn.

Charles Finkelstein has practiced law for more than 30 years, serving as an assistant district attorney in Brooklyn, assistant Office of Special Narcotics prosecutor, and an administrative law judge for the New York City Department of Finance. He is also an active member of Brooklyn’s Jewish community, as well as a dedicated husband and father. In his interview with The Jewish Press, Finkelstein showed us that he is a fair, honest man who wants true justice for Brooklyn residents.

The Independent Judicial Election Qualification Commission (IJEQC) found Finkelstein “highly qualified” for the role of Civil Court. In addition, the judicial screening panels of both the Association of the Bar of the City of New York and the Brooklyn Bar Association approved Finkelstein for Civil Court Judge.

Both associations spoke with Finkelstein’s colleagues and adversaries, as well as judges he’d appeared before, in their screening; all parties found Finkelstein the Civil Judge candidate to have not only the appropriate knowledge of the law and appropriate demeanor, but also the right judicial temperament, integrity, candor and absence of political and other influences.

In 2015, Esther Dweynie Paul became the first person of Haitian-American descent to be elected Civil Court Judge in the State of New York. She commenced her term in 2016, presiding in Family Court, focusing on custody, visitation, domestic violence, adoptions, guardianship and child support objections. She sat on the Administrative Judge’s Advisory Committee in an effort to improve Family Court statewide. She understands the need to bridge the gap between the community and the courts.

In her interview with The Jewish Press, we found her eminently qualified for the position of Surrogate because of her personal experiences with her family, as well as her experience in the field and her compassion for and understanding of custody, visitation, domestic violence, adoptions, guardianship and child support issues.

Bridget Rein stated that she has always and will always support the right of the Jewish people to have a homeland. In the City Council, she will stand up against the BDS movement, which she has called nothing more than forced censorship. But, more importantly, as the next City Councilmember for the 39th District, Bridget will bring close to two decades of experience in the inner workings of our City’s government.

During her work with the United Federation of Teachers as the City Hall liaison, she helped draft and pass legislation, negotiated contracts and budgets, and built partnerships that are essential for building coalitions and doing constituent services. She undoubtedly will be ready, from the first day, to fight for her constiuents.

Josue Pierre grew up in the heart of Crown Heights and is very familiar with the Jewish community there. He understands that the increase in crime is very problematic. Using his personal experience with the NYPD, when it helped save his mother’s life as well as also being victimized as a black person, he plans on working to solving the causes of crime so that all members of his Brooklyn community can feel safe outside. He is a proponent of small businesses and opening up jobs.

The Jewish Press’s endorsement for Farah Louis for the City Council in the 45th District in Brooklyn is a no-brainer. Louis has done a great job representing all the people in her district well. We are looking forward to continue following the hard work, the compassion, and exuberance of Farah in the City Council.

As he puts it, Donald J. Cranston wants to help local workers and small businesses, not billionaires and politically-connected elites. He acknowledges that overall crime is doubling in recent months and violent crime is reaching crisis levels, and Cranston believes that defunding the NYPD is not the answer. He’d rather police be involved in the communities, to know the neighborhoods and the people.

Cranston campaign has said that he believes that many have rightfully raised issues about the need for more sensitivity and de-escalation training. “We are asking police to do just too much…; scaling back some of their responsibilities would be a good first step. Mental health professionals should assist police when dealing with emotionally disturbed individuals.”

He wants to put an end to City Hall’s policy of quota-based ticketing that harasses local businesses, residents and motorists. He also wants to improve bus service where subways do not exist and to cap all tolls on bridges and tunnels for NYC residents.

Ari Kagan immigrated to New York from Belarus in 1993. To start his life in Brooklyn, he worked hard during the day, while learning English by night. He went on to graduate from Baruch College and is now a successful community journalist and public servant.

In 2012 Ari Kagan was elected to a volunteer position as Democratic District Leader in the 45 Assembly District. He founded the Bay Democrats club that became an influential voice for diverse communities in Southern Brooklyn. Having worked with Congressman Michael McMahon, Comptroller John Liu, Scott Stringer and most recently Council Member Mark Treyger, Kagan has a long record of serving our community as an advocate and in government.

Throughout the Covid-19 pandemic, Kagan worked supporting our communities and small businesses. He has organized food drives, delivered meals to those in need and distributed masks and PPE to local businesses. After south Brooklyn communities were devastated by Superstorm Sandy, Kagan supported residents and helped them rebuild. He helped secure relief payments for residents and implement the “Build It Back” program.

Kagan, his wife and their daughter live in Gravesend. His adult son also lives in New York City. Kagan will strongly support every senior center in the community to ensure quality services for our seniors and to tackle social isolation. This is in addition to supporting senior homebound programs and senior transportation programs and for those who are disabled. During the pandemic, He worked hard to enroll seniors into the city-run GETFOODNYC program, hosted and co-sponsored food distributions in many neighborhoods of the 47th District, personally delivered food packages to needy seniors and people with disabilities.

Kagain also intends to support effective NORC and Meals-on-Wheels programs and will continue to push for more senior housing in a district. He will make sure seniors know about existing programs to make their housing more affordable – like STAR, SCRIE and DRIE, and others. With food insecurity on the rise, Kagan will work hard to ensure support for local food pantries as well as access to mental health services to help families cope and address increased trauma.

Kagan is committed to bolstering job and education programs to get local residents the skills, education and opportunities they deserve to enter into and stay in the 21st century workforce and on local developments. As Council Member, Kagan will work with the private sector and government agencies to speed up post-pandemic recovery and to improve the resiliency of our neighborhoods.

Sal Albanese is a former NYC Councilmember from Brooklyn who has a stellar record on Public Safety. Albanese was also a public school teacher and is also an attorney. He has the endorsement of the major law enforcement unions because of his commitment to restore common sense policing in an increasingly dangerous City. He visited Israel in the late 80’s with a delegation of his colleagues on the NYC Council. He is opposed to BDS. 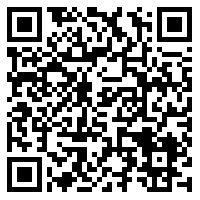