During none of the other pandemics in the past 100 years – many of which had far greater numbers of victims – has a solution been pursued that called for the closing down of all our commercial, educational, religious, and social institutions.

That’s not to say that this pandemic is exactly like other pandemics. Every pandemic is different. But it is to suggest that shutting down this country for a lengthy period of time may not be wise – a position that many pundits are now voicing.


Not only does a shutdown cause economic and human devastation; it also distracts us from critical foreign affairs, such as China taking territorial liberties in the South China Sea and Iran seeking to leapfrog into nuclear power status.

As of Monday, there were a reported 350,000 coronavirus cases in the United States, which has a population of 325 million. There have been 10,000 deaths so far.

The 1918 influenza pandemic was the most severe pandemic in modern history. It is estimated that about 500 million people – or at the time, one third of the world’s population – became infected with this virus. The number of deaths was estimated to be at least 50 million worldwide with about 675,000 occurring in the United States, which had a population of 118 million.

In the absence of vaccines to protect against influenza infection and no antibiotics to treat secondary bacterial infections, control efforts worldwide were limited to non- pharmaceutical interventions such as isolation, quarantine, good personal hygiene, use of disinfectants, and limitations on pubic gatherings. Significantly, though, there were no mass shutdowns ordered, and the quarantines and other restrictions were applied unevenly.

In 1957, people across the globe were infected with the Asian Flu. There were 1.1 million deaths worldwide and 116,000 in the U.S. The U.S. population was then approximately half its size today. Yet, President Eisenhower did not shut down the American economy.

In September 1968, the Hong Kong flu hit. Worldwide deaths were 1 million and U.S. deaths totaled 100,000. Yet, President Nixon did not shut down America.

We are not advocating throwing caution to the wind and abruptly abandoning social distancing. But we are urging President Trump and governors such as New York’s Andrew Cuomo to begin thinking seriously about how to prepare to take prompt advantage of reasonable opportunities to reopen the economy when these opportunities arise.

Reopening does not have to be done all at once. Nor do we have to choose between total lockdown and total freedom. Perhaps we can allow younger people to go to work while being extremely vigilant with people over 60 and those with health conditions.

One thing we do know: Economic costs have very real human costs. This shutdown has caused, is causing, and will cause tremendous harm to tens of millions of people (such as unemployment, depression, divorce, poor health, early death, etc.). We must therefore be alert and open to all reasonable possibilities of emerging from our national lockdown. 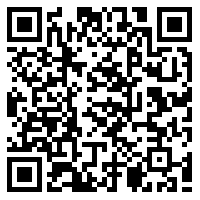