International condemnation of Israel for the collateral deaths of civilians in its battles against Hamas and Hizbullah has become routine. Israel is cut no slack despite the fact that its enemies use civilians, even children, as human shields.

So we were taken by the reaction – actually, the lack of reaction – to news of a growing civilian death toll in the U.S.-led air strikes in Syria designed to support the so-called moderate rebels who are fighting Syrian President Assad and Islamic State terrorists.


Last weekend Reuters reported, without even a noticeable ripple, that the number of casualties from a single air strike on the northern Syrian province of Aleppo had risen to 52, including seven children. It was the largest loss of civilians in a single attack by U.S. and Arab forces since they started the air raids. Reuters further reported that total civilian casualties since the raids started last September are now 118. The campaign reportedly also killed nearly 2,000 Islamic State fighters.

To be sure, the numbers of Palestinian civilian deaths cited by Israel’s critics are higher than these. But they wouldn’t be if Hamas and Hizbullah were to abandon their habit of hiding behind women and children. 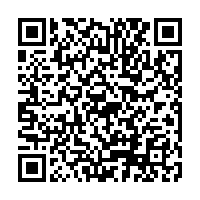