The New York Times has been roundly criticized for running an article last week by its Israeli correspondent David M. Halbfinger entitled “Israeli Army’s Idea Lab Aims at a New Target: Saving Lives.” And deservedly so.

Despite the article’s laudatory reporting on Israel’s life-saving battle against the coronavirus – it almost qualifies as a puff piece – Halbfinger drew a gratuitous and ultimately defamatory contrast with Israel’s reputation as a formidable “killing machine” in war.

What do you know? The research and development arm of Israel’s army helps the army fight. You don’t say! Apparently, Israel is the only army that seeks to get an edge over its enemies. The armies of all over countries in the world, apparently, are happy to rest on their laurels and use outmoded weaponry in case it must fight a war.

That aside, Halbfinger fails to mention that the reason the IDF exists at all is because its neighbors regularly seek its destruction. Nor does he mention how much effort the IDF invests in trying to prevent unarmed members of an enemy population from getting hurt. Indeed, it often – unfortunately – does so at the risk to its own soldiers.

Outside of the Arab amen corner, in fact, Israel enjoys a reputation as a world leader in efforts to avoid civilian casualties. After the 2014 Gaza War, the highest-ranking U.S. military officer, Army General Martin Dempsey, told the Carnegie Council for Ethics in International Affairs that the IDF “went to extraordinary lengths” to limit civilian casualties.

Surely, as the experienced journalist he is, Halbfinger was aware of the extra casualties the IDF unfortunately took in the Second Intifada when it engaged in hand-to-hand combat to neutralize Palestinian fighters instead of mounting air assaults on their bases housed in residential buildings. Remember the brutal house-to-house battle over Jenin?

All of this sort of thing and more got lost in Halbfinger’s flip and irresponsible piece. That Halbfinger wrote it is bad enough. That the Times’ editors let it go through is worse still.

What roils, though, is not just the author’s nasty crack. It’s that he apparently thought that criticizing Israel is never out of place, even in the midst of high praise, even to the point of libel – and that no one, but perhaps a few Jews, see it as being out of place. 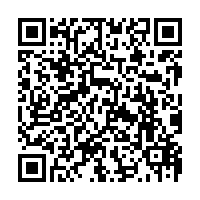