We were dismayed by news reports that courts and licensing bodies are considering punishing a number of lawyers who represented President Trump in his failed challenges to some of the 2020 presidential elections results. According to the Wall Street Journal, being weighed is whether some of those lawsuits were frivolous or improper and warrant punishment for the lawyers who filed them.

Some Democratic governors and other local officials who were sued have filed motions asking judges who heard their cases to impose sanctions. Some have filed separate grievances with disciplinary bodies that can reprimand, suspend, or disbar attorneys who violate their professional obligations.


In New York, several complaints have been filed against Rudy Giuliani, perhaps the face of the Trump legal efforts. He is alleged to having made unsupported claims about voter fraud.

But the thing is, it’s undisputed that the Trump legal team produced thousands of sworn eyewitness affidavits reporting voter fraud and argued that they supported their requests for further discovery – not that the allegations of fraud were proven thereby. In every single instance, the courts ruled that the affidavits were not dispositive and therefore there was no sufficient evidence demonstrating fraud and the lawsuits had to be dismissed.

However, the issue before the courts at that time was not whether the affidavits proved the allegations of fraud but whether they reasonably supported the plaintiffs’ request for court-ordered discovery to permit further inquiry into the Biden campaigns for additional information. Thus, the courts turned routine legal procedure on its head by ruling that there was not sufficient evidence presented and therefore no opportunity would be given to look for any.

This is all very alarming. The ability to challenge national election results in court seems to no longer be available. And that is both worrisome and dangerous considering the highly-charged environment we’re living in. 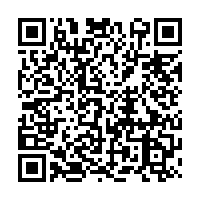