We were taken by a news report the other day that a student at London University’s School of Oriental and African Studies was refunded his tuition in settlement of his claim that he was subjected to constant anti-Semitic harassment by other students. As a result of the intimidation, he left the school before the end of the academic year but demanded an investigation and a full-tuition reimbursement which came to $20,483.

A university panel subsequently investigated the allegations, which resulted in an apology and suggested compensation of $680. The student appealed and a second panel recommended the full $20,483 be reimbursed.


This particular student’s plight is unfortunately a story that’s increasingly heard these days. According to The Guardian newspaper, the student complained that anti-Semitic graffiti was painted throughout the school and that pro-Israel students were called “Zionists.”

When it became known that his dissertation would focus on “systemic biases that exist in the United Nations and target the State of Israel,” other student called him a “white supremacist Nazi,” who whitewashed “Israeli war crimes of genocide and apartheid in Palestine.”

Having already left the school, the student probably had little choice but to take the money settlement, but it is of some concern that schools and other institutions may now have a ready means to put a lid on discrimination complaints by simply offering a reimbursement. Universities are obligated by law to maintain a harassment-free environment. In this case, the university plainly failed to do so, and it shouldn’t be able to get away with merely reimbursing the student for his tuition. In fact, it is typical in discrimination cases that remedial policies are adopted and punitive damage payments are made to the victims.

Hopefully our vaunted defense organizations will be on the lookout for further signs that protections for our students exercising their right to be Jewish are being watered down. 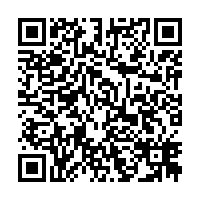