It is unfortunate that U.S. Attorney General William Barr seems to have become the whipping boy of choice for those seeking to challenge much of President Trump’s decision-making. His frequent explanations of controversial presidential actions are typically facially reasonable but are still regularly dismissed by the left as specious rationales for what they say are actually Trump’s corrupt exercises of the powers of his office, oft-times for the benefit of himself for his friends.

Yet, judging from his several speeches, Barr is a person who thinks hard about both substance and context in government, and what he urges is that one does not have to agree with Trump to accept the principle that motives behind the exercise of authority that is legal on its face are ordinarily out of bounds to challenge. Otherwise, a ready tool for completely frustrating any official is always available to opponents: simply ascribe improper motive to any decision he makes.


Two very prominent examples of how his own decision-making has been challenged are Barr’s efforts to dismiss the Michael Flynn prosecution and his reducing the sentence imposed on Roger Stone initially recommended by prosecutors in the case. (Stone was later pardoned by President Trump.)

The Flynn controversy continues as the presiding judge refuses to go along with Barr. Barr has been criticized as doing the president’s bidding in discounting the Flynn guilty plea. But Barr maintains that in view of the evidence, he believes the case should never have been brought.

The prosecutors vehemently disagree. But the point is, Barr’s is an arguable interpretation of the evidence, and as attorney general, he runs the Department of Justice and ultimately is the authorized decision-maker. How can any system tolerate the undermining of official decision-making willy-nilly?

Similarly, Barr’s motives for wanting Roger Stone resentenced was challenged with the claim that he acted to help a friend of the president. Yet, the lower sentence he chose was similar to punishments handed out to other non-violent first offenders; while the sentence originally recommended and meted out, while within the sentencing guidelines, was well-above sentences actually handed out for comparable crimes.

Moreover, the new sentence was readily accepted by the judge. Plainly, as the authorized decision-maker for the Department of Justice, must be deemed to have presumptively acted within his legal mandate.

Barr made the above observations in the course of a speech at Hillsdale College last week. And he also drew attention to a related growing issue in the federal criminal justice system in which alleged motives become the basis for a prosecution:

One area in which I think the Department of Justice has some work to do is recalibrating how we interpret criminal statutes. In recent years, the Justice Department has sometimes acted more like a trade association for federal prosecutors than the administrator of a far system of justice based on clear and sensible legal rules. In case after case, we have advanced and defended hyper-aggressive extensions of the criminal law….

If criminal statutes are endlessly manipulable, then everything becomes a potential crime. Rather than watch policy experts debate the merits or demerits of a particular policy choice, we are nowadays treated to ad nauseum speculation by legal pundits – often former prosecutors themselves – that some action by the President, a senior official, or a member of congress constitutes a federal felony under this or that vague federal statute. This criminalization of politics is not healthy….

The Justice Department abets this culture of criminalization when we are not disciplined about what charges we will bring and what legal theories we will bless. Rather than root out true crimes – while leaving ethically dubious conduct to the voters – our prosecutors have all too often inserted themselves into the political process based on the flimsiest of legal theories.

We have seen his time and time again with prosecutors bringing ill-conceived charges against prominent political figures, or launching debilitating investigations that thrust the Justice Department into the middle of the political process and preempt the ability of the people to decide.

Barr has obviously been stung by the attacks he and the president continue to endure. But he really does make a valid point. We should stop trying to misuse the law to get a leg up on our political opponents or to rid government of them. That’s what we have elections for. 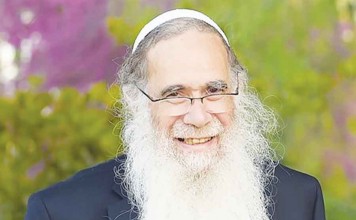 Doctor Says Proper Breathing Can Be Key To Treating Covid-19