At a one-day conference last week at the Javits Center in Manhattan’s West Side, hundreds of powerful Jewish and cultural leaders from across the country heard topics, during 16 breakout sessions, ranging from how social media executives are impacting the war of words combatting free speech with hate speech; how the recent midterm elections influenced extremism and disinformation; is being anti-Israel or anti-Zionism equal to being antisemitic and how to identify it and what to do; preparing your community for antisemitic threats; leveraging the law to counter antisemitism and bias, among several other topics.

All this set the backdrop for the culmination of the Never Is Now conference sponsored by the Anti-Defamation League.

Opening the closing session was President Joe Biden, in a prerecorded message to the hundreds of attendees.

“The most recent data from the Anti-Defamation League shows this past year had the highest number of antisemitic instances on record since the organization began tracking them more than 40 years ago. It’s wrong. It’s outrageous. It’s up to all of us to stop it,” Biden said. “Antisemitism and all forms of hate and violence have no place in America. For more than a century the Anti-Defamation League has done just that. Recognizing the failure to call out hate is complicity. Silence is complicity. We must not remain silent.

“My administration helped secure the largest increase in funding ever for the physical security of nonprofits including synagogues and Jewish Community Centers. In America evil will not win. Hate will not prevail. Venom and violence and antisemitism will not be the story of our time. Keep the faith,” Biden concluded.

After Biden’s speech, Imam Abdullah Antepli, the co-director of the Muslim Leadership Initiative at the Jerusalem-based Shalom Hartman Institute and a Fellow on Jewish-Muslim Relations, received the 2022 ADL Daniel Pearl Award, the 20th anniversary of Pearl’s death in 2002.

“When people are angry or afraid, they look to someone to blame,” said Jonathan Greenblatt, ADL’s CEO and National Director. “The pandemic spawned toxic antisemitic and racist conspiracy theories. Some blamed AAPIs, Asian-American Pacific Islanders, for spreading the virus. Others claimed the Jews and the global elite were using the pandemic to destroy America. Some protestors profanely wore yellow stars to compare mask mandates and vaccine guidelines to the Nazis persecution of Jews or hideously compared themselves to Anne Frank. This crisis seemed to be tearing us apart at the seams.”

Then Greenblatt turned his attention to presenting the ADL Courage Against Hate Award to Dr. Albert Bourla, Chairman and CEO of Pfizer, “in honor of his exemplary leadership, his incomparable decency and his extraordinary personal commitment to fighting hate for good,” Greenblatt said.

Bourla’s parents, who were Sephardi Jews, were among the 2,000 of 50,000 Jews in Thessaloniki, Greece, to survive the Holocaust. Bourla and his wife live in Scarsdale, Westchester County. They have two children: a daughter and a son. In 2020, Bourla received $21 million in compensation from Pfizer.

After he was awarded the Genesis Prize by Israeli President Isaac Herzog for his leadership in delivering the Pfizer–BioNTech COVID-19 vaccine, he directed the $1 million prize to Holocaust education and the Holocaust Museum of Greece to be built in Thessaloniki.

“Dr. Bourla has said that he is Greek by birth and American by choice. He is the son of two Holocaust survivors from Thessaloniki, Greece. He has always held true to the Jewish value of tikkun olam, to heal the world, to which he has literally dedicated his career,” Greenblatt noted. “We are all better for that decision. He is an innovative, imaginative, extraordinary thinker who is also a doer and who relentlessly led one of the most important scientific pursuits in modern history culminating in the successful development and deployment of the Pfizer COVID-19 vaccine that literally saved the world.”

Bourla’s 17-minute speech focused on hate, disinformation and the Nazis before turning to providing a more positive message wrapping up his remarks.

“Wherever there is disinformation, there is often hate and intentional harm. Those who target our community, among others, rarely miss the opportunity to make their mark,” Bourla said. “Antisemitic messages on social media and on fliers posted in communities across the country suggested the coronavirus was a tool for Jews to expand a global influence, that Jews were profiting from Covid, that Jews were the real virus. Hate peddlers referred to the ‘Jew vaccine’ to dissuade others from receiving it. Some messages referred to my own Jewish heritage and used this in evidence but the widespread vaccine effort was part of a calculated long-term Jewish plot to institute ‘a global Jew government.’ Of course, these hateful messages are nothing new.

“I was reminded of this not too long ago at Yad Vashem in Israel when I saw a vicious editorial cartoon in which the Nazis tried to discourage the public from taking vaccines and named them the Vaccines of the Jews. Ninety years after not many things have changed in the world.

“The Holocaust started with disinformation. It was the disinformation of fake news, of lies, of disinformation, propaganda that resulted in hatred and fear, which led the Nazis to follow Hitler’s call to exterminate Jews. We cannot allow the passage of time to cause us and our children or grandchildren to be any less horrified or any less vigilant than we are. Although it pains me so. The reality is this. It could happen again.

“According to ADLs most recent audit, last year saw the highest incidents of assault, vandalism and harassment of Jewish communities and individuals in the United States ever recorded – a 34 percent increase from the year before.

“I’m an optimist by nature. I believe science can win. People are good and ultimately human ingenuity triumphs. I believe in all of this but I also recognize none of that happens on its own. We need good people to stand up and make their will known just as they have throughout history,” Bourla concluded. 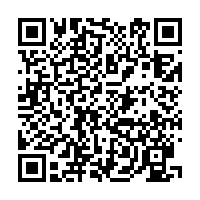