Obama’s broader agenda has entailed his seeking to establish Israel’s withdrawal essentially to the pre-1967 armistice lines as the centerpiece of any future accord. Indeed, the ultimate intent of his characterization of all territory beyond the pre-1967 lines as “Palestinian land” is to promote such a withdrawal as just and inevitable.


Yet another falsehood employed by the administration in advancing this formulation has been attempts to characterize Israeli resistance to such a withdrawal as essentially a stance of parties of the Israeli right. In fact, a wide array of Israelis agree with the authors of UN Security Council resolution 242 that the pre-1967 lines were ultimately indefensible, invited aggression against Israel, and should be replaced by new, “secure and recognized,” boundaries.

Particularly noteworthy in this regard is Yitzhak Rabin’s last speech in the Knesset before his assassination in November 1995. Rabin declared that “The borders of the state of Israel, during the permanent solution, will be beyond the lines which existed before the Six-Day War. We will not return to the 4 June 1967 lines.”

Among the changes he envisioned and enumerated – while making clear that these are “the main changes, not all of them” – were “First and foremost, united Jerusalem, which will include both Ma’ale Adumim and Givat Ze’ev – as the capital of Israel, under Israeli sovereignty.” Also, “The security border of the state of Israel will be located in the Jordan Valley, in the broadest meaning of that term,” by which he meant Israeli control of the heights overlooking and dominating the valley in addition to the valley itself.

Rabin also listed “Gush Etzion, Efrat, and Beitar,” and he referred to “other communities” as well and “the establishment of blocs of settlements in Judea and Samaria…” No, Israel’s need for defensible borders that entail retaining some lands beyond the pre-1967 lines is not simply a formulation of the Israeli right.

Abbas and those around him in the Palestinian leadership see pushing Israel back to the pre-1967 lines not as part of a resolution of the conflict but as just a stepping-stone to Israel’s destruction.

This is consistent with Yasir Arafat’s agenda, as reflected in his moves in 2000. At Camp David in the summer of that year, Arafat not only rejected Ehud Barak’s territorial offers and President Clinton’s proposals; he refused to offer any counter-proposals. He did so because any accord would have required his signing an end-of-conflict agreement, something he was not prepared to do. He envisioned future claims against Israel, leading to its demise, and was not prepared to forgo such claims. Instead, Arafat left Camp David and launched his terror war against Israel.

His preferred scenario after Camp David was to get the international community to force an Israeli withdrawal without extracting any obligatory concessions from the Palestinians, and this is Abbas’s preferred scenario as well. Consistent with this, Abbas goes to the United Nations seeking recognition of “Palestine,” condemnation of the “occupation,” condemnation of settlements, and pressure on Israel to withdraw to the pre-1967 lines, while giving nothing in return, avoiding any direct accord with Israel and, in particular, reserving the right to future claims against the Jewish state.

And Obama has given Abbas leeway to play this scam. At times he has insisted on direct negotiations between Israel and the Palestinians as the only way forward and declared this to be American policy. But he and his administration have at other times not aggressively countered Palestinian efforts to win official recognition and concessions from the UN and its constituent bodies, to promote pressure on Israel from the UN and other international organizations, and to try to force Israeli concessions without direct negotiations and without Palestinian recognition of Israel.

There has been much speculation in the media and elsewhere of what further steps Obama might now now, in the wake of the presidential election, when he is no longer inhibited by electoral politics.

Some have suggested that he might refuse to exercise the usual American veto of anti-Israel resolutions in the Security Council and instead abstain on a resolution condemning settlements or declaring them illegal or a resolution setting out the parameters of a territorial settlement, including Israeli withdrawal to the pre-1967 lines.

Others suggest he might issue a statement of his own containing his vision of the parameters of an agreement and likewise including Israel’s retreat essentially to the pre-1967 armistice lines.

Whatever Obama does, what will be the sequel once Donald Trump is in office? The new administration should reaffirm that it will not be bound by any UN action that entails abandonment of Security Council Resolution 242 as the basis for negotiations and settlement of the conflict and that it will only support direct negotiations between the parties as the path to a settlement.

In addition, it should affirm that Palestinian separation from Israel must be coupled with secure and defensible borders for Israel. (Of course, Israel must, for its part, make clear that any moves by the UN that undermine Israel’s security will not be cost-free to those pushing them and that Israel will take consequential steps in response.)

Whatever happens between now and Trump’s inauguration, the essentials of the Arab-Israeli conflict will remain unchanged. The conundrum of finding a means for Palestinians to pursue a more thoroughly separated political course while leaving Israel with defensible borders uncompromised by the Palestinian presence will still be unresolved.

And there is little basis for hope that the Palestinians will at any time in the foreseeable future give up their rejectionism, their refusal to recognize Israel’s legitimacy within any borders, and their determination to go on pursuing Israel’s annihilation.

But at least there is the possibility of a new administration that will not encourage the Palestinians by parroting many of their anti-Israel indictments and casting Israel as the party most responsible for the absence of peace.

There is likewise the possibility of an administration that will not indulge the Palestinians by financing them despite their rejectionism but might rather make clear to them that there will be a price to pay for hewing to their hate-filled, essentially genocidal course. 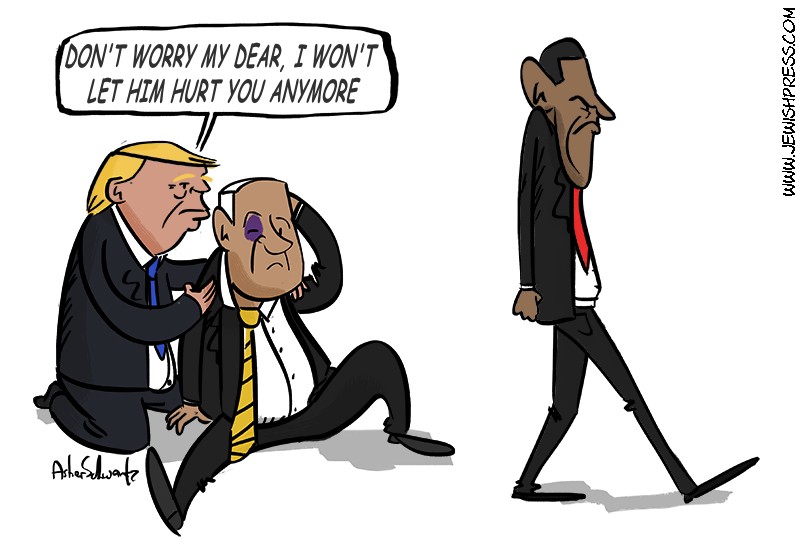 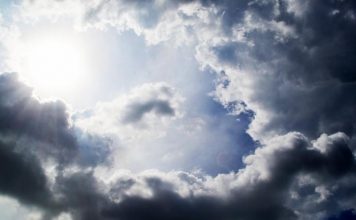 Seeing G-d Along the Way 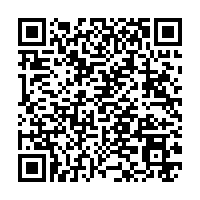