European-born Jews who came of age before the Holocaust often seem both more “frum” and less “frum” than we are. How does one explain this paradox? How does one understand people whose sense of Jewishness and closeness to Hashem were so much stronger than ours in many ways but who also seemed not to be so careful about keeping certain halachos?

In many regards, Judaism Straight Up: Why Real Religion Endures, a new work by Moshe Koppel, is an implicit defense of this Judaism of yesteryear. Koppel – a professor of computer science at Bar-Ilan University – discusses this Judaism by focusing on the beliefs of Shimen, a Gerrer chassid he knew as a child whose family was killed during the Holocaust and who made his way to America after the war.


He contrasts these beliefs with those of Heidi – a modern Jewish woman, the daughter of Conservative Jews, with whom Koppel became acquainted decades ago at Princeton University – and argues that only the kinds of beliefs that Shimon harbored can sustain a society long term.

The Jewish Press: In Judaism Straight Up, you write about Shimen’s circle of friends – who represent old-time Jews for you: “[O]ne thing they had no patience for was high-minded pieties. They despised pomposity and self-righteousness.” Can you expand on that?

Koppel: These people were all Holocaust survivors. They were very comfortable in their own skins and didn’t feel the need to impress anybody. At the same time, though, they also had a lot of humility.

And Jews today aren’t like that in your estimation?

That generation was completely above all the divisions that we’re familiar with now. Today you ask, “Is he charedi or Modern Orthodox?” but that whole dichotomy was completely beyond them.

They were very old-fashioned and very unashamed about their Judaism. They weren’t apologetic. And they weren’t tormented by the kinds of questions that torment people today. For them, Yiddishkeit was just the way their parents did it.

You want to go to college? If you think it will help in life, go right ahead. This chumra, that chumra? Suit yourself.

You write about Shimen – who, again, represents for you the classical Jew of yesteryear: “The fact is he hasn’t got the slightest interest in exploring evidence for the veracity of any of the historical claims on which his most basic commitments ostensibly rely.” Why is that?

For [Jews of that generation], belief in Yiddishkeit was extremely natural, and the narrative that goes along with Yiddishkeit is just the way they saw the world. They were heirs to a mesorah, a tradition, and they were committed to carrying it on, and they believed that tradition was the right way to live.

It’s hard for some people to understand this attitude because, at the end of the day, Judaism is a very distinct way of life – and very distinct from how we would live if the Torah wasn’t divine. So how can a person not think at some point, “Why am I living this way? How do I justify it?”

I’ll tell you how. The reason it’s obvious to you that you should be questioning is because part of you is outside of Yiddishkeit looking in, asking, “Gee, that’s a slightly eccentric way to be living my life. I wonder what justifies it.” But if you’re completely inside, you don’t ask those questions and you don’t need to justify it.

Let me ask you: When you get up in the morning and put on your socks and shoes, do you ever stop and say, “How do I justify this”? No, because everybody you know and the only culture you know take it for granted [that everyone puts on socks and shoes], so there isn’t anything to ask that requires an answer. It’s completely natural.

Was Judaism so natural to these Jews of yesteryear because they grew up in shtetls?

It made them that much more certain that this was the way to live. So they lived under very special circumstances – under shtetl life, terrible tragedy, and then a very open Western society. It made them interesting people, but it also made them people who didn’t need to impress. They were super authentic people.

You write that for them Judaism was a “first language,” not a “second language.” What do you mean by that and why is it important that Judaism should be a first language?

When you speak a second language, it’s kind of stilted and halting. You [ask yourself in your head] as you speak, “Is this grammatical, is this not grammatical?” You think about what the rule is, and it makes your speech much less fluent and much less natural.

My argument is that [these old-time Jews lived] Judaism like you speak your first language. And for that exact reason, they knew exactly when to take liberties and when not to take liberties, and they didn’t spend a whole lot of time contemplating the rules. They just lived by them in a more natural way.

Isn’t living Judaism as if it were a second language advantageous in many ways, though? It’s like the way baalei teshuvah practice Judaism. Baalei teshuvah are super sincere, they always want to do the right thing…

I’m not saying everything about people who speak Judaism as a second language is bad. There are many good qualities to it. Obviously the fact that you contemplate the rules may give you certain insight that other people don’t have. There’s also, as you say, the advantage of sincerity and self-awareness. It’s wonderful.

But you don’t think it’s ideal.

No, not in terms of sustaining a society. What sustains a society is a mass of people who live the culture in a very natural and organic way rather than in a self-conscious way.

We seem to be doing fine, though. Aren’t we?

It depends from what angle you look at it. If you mean to say many people are doing what they’re supposed to do most of the time, I guess in that respect we’re doing fine.

But in the sense of setting a foundation for a healthy natural organic kind of Yiddishkeit that’s sustainable in the long term, I think there are many problems. I think the fact that many people speak Yiddishkeit as a second language is not a healthy thing in the long run.

Because Yiddishkeit evolves very, very slowly, and the way it evolves is [as follows]: On the one hand, we maintain it very zealously. We keep all our minhagim, and we do everything exactly the way we’re supposed to. But at the same time, we need to adapt because circumstances change and you need to adapt gradually in an intuitive way that makes sense.

To be clear, when you talk of Judaism evolving, you don’t mean what Reform and Conservative Jews did to Judaism. You mean something like Jews deciding to drop Yiddish in favor of English or Hebrew in the modern era.

You spend much time in your book examining the worldview of Shimen – your classic old-time Jew – but you do so in part to argue that his kind of worldview and beliefs sustain societies long-term while the absence of them leads to all sorts of problems. For example, you argue interestingly in the book that the rejection of traditional religious worldviews has led to the cancel culture we see today. How so?

In the book, I compare two characters, one of whom is Shimen. The other one is Heidi, who’s cosmopolitan and liberal and doesn’t like the idea of Jews maintaining their own separate identity and ways. And one of the points I make is that Heidi [gives birth] to “Amber” [who symbolizes today’s “woke” generation].

Amber – unlike Heidi – comes to the world without any real culture, and what she does in the absence of any kind of tradition is invent her own, which is based on an ideology that all groups and genders are the same and everybody can choose their identity. And she ends up creating something that’s even more rigid than a religion.

You’re not allowed to distinguish between men and women, it’s your duty to perform a same-sex wedding if you’re a rabbi, you have a duty to address transgenders by their own chosen pronoun, etc. And [unlike Shimen,] Amber is very humorless about it.

You just end up inventing all kinds of other bizarre religions that are more rigid and less open and less cooperative [than traditional religions]. It doesn’t lead where these people think it’s going to lead. 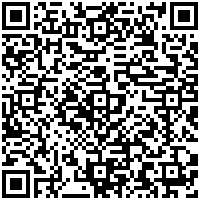