Those who love America often love Israel as well. Pete Hegseth is in a singular position to appreciate the shared uniqueness of the two countries.

A military veteran who holds two Bronze Stars and a Combat Infantryman Badge for his service in Iraq and Afghanistan, he is a former CEO of the Concerned Veterans for America and a former chairman of Vets for Freedom as well as a graduate of Princeton University with a master’s degree in public policy from Harvard University’s John F. Kennedy School of Government.

Hegseth writes regularly for National Review and FoxNews.com in addition to being a Fox News contributor and analyst. His new book, “In the Arena,” is an ardent plea for citizen commitment in an era of apathy. And it is an apt description of Hegseth’s enthusiasm as he eagerly entered the arena of Israel advocacy on his recent fact-finding mission to Israel attended by this reporter and organized by Dr. Joseph Frager, Dr. Paul Brody, and Odelya Jacobs.

The Jewish Press: What can you tell us about your background and how it influenced your relationship with Israel?

Hegseth: My parents come from a small town in Minnesota where I grew up as a Baptist. I never met a Jewish person until I went to college. When I did, the first thing I said to him was, “I read about you in the Bible!” It was from there and beyond that I gained a true understanding of Jews. Growing up an evangelical, I obviously had an enormous amount of respect and understanding of the historical resonance of Abraham and religions and how they’re intertwined.

After being in the military and having served in Iraq, I saw other views of the world and started to understand where Israel fits and where anti-Semitism comes from; how it is fostered in higher education and how lack of support for Israel is very indicative of other things. Through meeting wonderful people like Joe [Frager] and leaders in the senate and government, I have come to really appreciate the Jewish heritage and the Jewish state. I understand how geopolitically we are linked and how critical it is that we stand by such a strong ally.

From the perspective of a news commentator, how important is telling Israel’s story in the media?

I learned from serving in the Iraq war that you can’t refute what’s happening on the ground. Truth prevails. But it’s a matter of punching through the overwhelming wet blanket of the leftist mainstream media. I served in Iraq in 2005-2006. I came home from my tour during what looked like the darkest, most difficult days in Iraq in 2006, when the antiwar movement was at its height and when everyone said the war was inevitably going to fail. Yes, there were a lot of problems, but I saw seeds of progress. I saw that we could turn the corner with the right strategy and enough troops. I came back and led an advocacy group to make the case for a new counter insurgency strategy and more troops on the ground. Just so happened that we had a president at that moment who thankfully decided to do the exact same thing.

That taught me that even the overwhelming weight of the predictions by The New York Times and others that we were going to lose can be overcome by a concentrated view backed by a dedicated mission and the willingness to speak truth and then amplify it. But you’ve got to have people in the media and on the ground willing to amplify it. Because you can win on the ground, but if you’re not telling that story at home people will be seduced into whatever storyline they’re being told by news broadcasts and websites. You got to get the facts first so that you can beat the spin second.

Israel faces an unconventional enemy in the form of isolation through BDS, lawfare, campus intimidation, etc. With your background in the media and the military, what would you recommend to best fight this enemy?

There has been a long history of bipartisan support for Israel in the United States and I would want that to be the case now. Unfortunately, it’s become much more of a partisan issue. We have given away so many of our educational institutions that the next generation of citizens and voters in our country are not fortified with the basic beliefs and building blocks of previous generations. That is a scary thing and it makes what I do at Fox that much more important as we attempt to educate the next generation.

There are seeds of anti-Semitism that are still found in higher education. We’re taught about tolerance and safe spaces on college campuses except for things like anti-Semitism. We have to provide and support alternative viewpoints regarding Israel on campuses. We need veterans – who have actually seen the enemy and understand what our allies look like and what they’re facing – to articulate it throughout our institutions. We have to be more willing to publicly talk about Israel among citizens who think of it as an abstraction, who don’t truly understand the existential threat to it. And what can Israel do? Keep bringing more Americans to Israel in order to truly understand it and then they can go back to the U.S. as spokesmen. The more groups that can bring Americans here – evangelical Christians, Republicans, Democrats, Jews – the better. Because seeing is understanding.

How does seeing biblical and historical facts on the ground in Israel impact your impressions of the Holy Land?

It reaffirms the ties the Jewish people have to this land that have historical and real geopolitical resonance today. This is not some mystical land that can be dismissed. It’s the story of God’s chosen people. That story didn’t end in 1776 or in 1948 or with the founding of the UN. All of these things still resonate and matter today.

The facts on the ground and the truth of what actually happened can settle debates. It’s just a matter of affirming it. Because if you can rewrite history you can rewrite anything. If you can prove and demonstrate something, that changes the discussion completely. 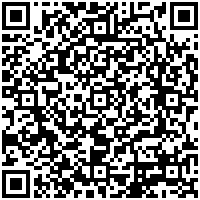