How About Some Fiscal Responsibility?

How nice that House Speaker Nancy Pelosi, Senate Minority Leader Charles Schumer, and their Democratic colleagues have been working days, nights, and weekends for over two years on developing a case to impeach President Trump.


A majority of Americans, though, would prefer that they spend their time dealing with more pressing problems. Democrats forget that they doubled our national debt from $10 trillion to $20 trillion over eight years under President Obama. Republicans under President Trump have added $2 trillion more over the past two years.

Will we ever learn from past mistakes and attempt to reduce both borrowing and the long-term debt instead of allowing them to grow yearly? The new $22 trillion federal debt is going to grow $1 trillion annually for years to come. Under the new budget deal for federal fiscal years 2021 and 2022, it will grow by $2 trillion. This inheritance could bankrupt future generations.

Return to pay-as-you-go budgeting, means testing for all government assistance programs, and real balanced budgets without smoke and mirrors.

Everything needs to be on the table, including the “third rails” of American politics – Medicare, Medicaid, and Social Security along with military spending, foreign aid to nations who never help us fight terrorists, agricultural subsidies, and corporate welfare bailouts.

How ironic that after winning the Cold War against the evil empire of communism, it may be mismanagement of our economy that defeats us in the end.

Yasher Koach to The Jewish Press for highlighting the recent wave of anti-Semitic attacks on its front page last week.

My question is: Why are Jews shocked? After all, didn’t we vote the Democrats into office in New York? We reap what we sow.

How, with a good conscience, can we continue to register as Democrats when the Democratic Party stands for such “values” as late-term abortions and gender fluidity? And thanks to the Democrats, we now have a new program that allows people arrested for minor offenses, like shoplifting or painting graffiti, to avoid jail time and a court appearance by taking a two-hour course.

Neither District Attorney Eric Gonzalez or Attorney General Letitia James can be trusted so long as the priority of the Democrats remains legalization of weed, prostitution, and abortion and the decriminalization of minor offenses.

How many suspects and jail sentences have been handed down following the last 100 hate crimes? If the answer is none or few, perhaps that can explain the rise in anti-Semitic terror in Boro Park and Williamsburg.

But anti-Semitism also comes as a result of assimilation and chillul Hashem, a void of godliness. By empowering, directly or indirectly, an ungodly Democratic party, we are fueling and feeding anti-Semitism.

Only by separating ourselves from the Democratic Party and supporting candidates who support values based on the Seven Noahide Laws can we really be effective.

The time has come to be honest and register as Republicans and discard the fatalistic attitude that New York is a blue state and nothing can be done to change the situation. It’s time we give the New York GOP the support it needs to win.

Over the last few weeks, I have been intently following your “Im Yirtzeh Hashem” column. Kudos to The Jewish Press for being brave enough to talk about such an important issue as alcoholism. I can’t begin to tell you how much of a problem it really is. I too have family trying to deal with this problem.

In general, it is quite refreshing to hear singles themselves speak. No other mainstream publication features their voices; yours is unique. (It is actually why I buy The Jewish Press rather than the many other publications out there.) While some of your other columnists may be professional marriage counselors or psychologists, this singles column really talks to me.

Singles and parents are fed up with psychobabble and want the real story. It’s refreshing to read a column by singles for singles. People want to hear what singles really go through, not read ideas from some professional who may already be married for many years.

Does Aid to Israel Really Cost the U.S.?

The spectacle of leading Democratic presidential candidates at the J Street conference tripping over themselves, trying to outdo each other in advocating cutting support to Israel, should send chills down the spine of all American Jews. Of course, it won’t for the 75 percent who will still blindly vote for Democrats no matter what, like lemmings who walk off cliffs to their doom.

What very few realize is that the “cost” of sending aid to Israel is a red herring. The aid actually doesn’t cost the U.S. anything.

Almost the entire annual $3.8 billion aid package to Israel comes in the form of U.S. weapons and armaments manufactured by American companies. In other words, most of the money doesn’t really leave the U.S.; it’s just transferred from one pocket to another.

Furthermore, Israel is the staunchest U.S. ally in the entire Middle East. And as Secretary of State Alexander M. Haig said 30 years ago: “Israel is the largest American aircraft carrier in the world that cannot be sunk, does not carry even one American soldier, and is located in a critical region for American national security.”

Having Israel as an ally saves the U.S. the cost of having to deploy another carrier battle group in the Middle East. The operating cost of a U.S. carrier strike group is about $7 million per day, or about $2.5 billion per year.

The Democratic leaders and congressional presidential candidates know this, so advocating cuts to Israel is just another one of their cheap political ploys to show how far left they lean. 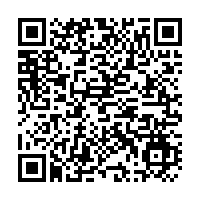