The best way to prevent an election debacle is to act before things get out of control. One way is for states to revisit their impractical and unreasonable provisions for mail-in ballots.


A far more important way is for voters to request mail-in ballots now. Remember when the entire country tried to buy toilet paper in one week back in March? More than half went home empty-handed.

Most of us already know whether or not we need to vote by mail this year. If civic-minded, rather than cynically-minded, Americans request their ballot today, there’ll be much less chance of a contested election because the majority of votes will have been cast well in advance.

Nearly all halachic authorities, however, don’t consider abortion tantamount to murder. That doesn’t mean abortion is, G-d forbid, praiseworthy. But it’s not always condemnatory either.

The permissibility of abortion depends on the circumstances. In most cases, we lament the practice. However, there are times when abortion is mandated, most notably when the pregnancy threatens the life of the mother.

So I ask Ms. Pallotto: If Jewish legal authorities cannot agree amongst themselves on the permissibility of abortion, why would we try to legislate it out of existence?

Furthermore, I believe America’s moral laws should reflect a consensus within the Judeo-Christian ethic, which is the foundation of those laws. For example, traditional Judaism and Christianity don’t recognize same-sex marriage, so I believe the Supreme Court erred egregiously in legalizing it.

But there is no inter-religious consensus on abortion. Catholics would outlaw the practice even to save the mother’s life while Protestants have a variety of views. Therefore, while we should continue the fight to convince women not to have abortions in most circumstances, the fight should be moral in nature, not legal.

Police departments are in trouble and protesters have turned American cities into zoos. I’m afraid all of America will become a free-range looting barn if Joe Biden is elected president.

I am voting for Trump because he’s a hard-hitting president who’s running the country the right way. He’s extremely smart while Biden is losing his mind. Biden simply doesn’t have the head to be president. He is a weak speaker and sometimes forgets what he wants to say. He will assign Kamala Harris his job if he becomes president and she will defund the police and let the mob riot.

Biden should enjoy his retirement.

Put Not Your Trust in Man

Why doesn’t Hashem want us gathered together praying to Him? First no communal service for Pesach, now limited ones for Rosh Hashanah. Why? I believe it’s because too many frum Jews have turned away from Hashem and put their trust in Trump.

Trump spreads disinformation against our democratic institutions. He attacks our court systems, the FBI, the Justice Department, and the media. Trump even refers to media outlets as “enemies of the people,” a term Stalin used in communist Russia.

Trump’s wild statements pander to far-right radicals who espouse un-American ideology. He has even threatened to use the U.S. military to quell protests by U.S. citizens. Members of his administration, Congress, and retired generals have expressed grave concern about his attacks against our democracy and the Constitution.

Trump has lied about contact with Russia, his relations with Ukraine, the coronavirus pandemic, and a host of other things. According to The Washington Post, he has lied 20,000 times during his presidency. Our democracy is under threat.

A headline in last week’s Jewish Press reads “Goroff Vs. Zeldin In NY-01 – Either Way A Jew Wins.” This headline gives the impression that if either candidate wins, it will be good for the Jews. That couldn’t be less true.

The article quotes Goroff as writing on her website, “I promise to fight tooth and nail to protect a woman’s right to choose.” The right to choose means the right to kill a child. Thus, Goroff zealously promises to use all her powers if elected to support the legal right of women to literally rip apart the precious lives developing within them.

Goroff’s extreme abortion ideology goes against the heart of Judaism and morality. It is hoped that at all costs Goroff will be defeated and that Lee Zeldin rides to victory to uphold morality and sanity in this unscrupulous age.

In his speech about the peace agreements between Israel, the United Arab Emirates, and Bahrain, Israeli Prime Minister Benjamin Netanyahu stated, “History has taught us that strength brings security, strength brings allies, and ultimately – and this is something President Trump has said again and again – ultimately, strength brings peace.”

These words encapsulate the diplomacy used by President Theodore Roosevelt: “Speak softly and carry a big stick.” He introduced this strategy in a speech in September 1901 and used it many times while serving as president.

With it, he brokered an agreement for the construction of a U.S.-led canal through Panama, expanded U.S. influence in Cuba, and negotiated a peace treaty between Russia and Japan. For the latter, Roosevelt was awarded the Nobel Peace Prize in 1906.

The world should recognize and thank whoever was responsible for introducing “Big Stick” diplomacy to advance peace in the Middle East. We could use more of it. 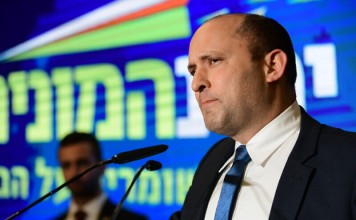 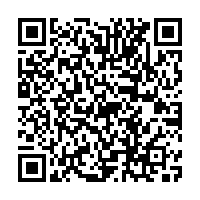