The latest action of a New Israel Fund (NIF) organization devoted to harming Israel comes via a ruling from The Israeli Supreme Court. This week, the court rejected a petition brought by Hamoked- an NIF grantee -to allow the wife of Ghassan Abu Jamal who murdered five Israelis in November 2015 during morning prayers in Jerusalem to remain in the Holy City.  Rightfully, the court ruled that the terrorists’ wife – who is not a citizen of Israel – will not be allowed to remain in Jerusalem.

Hamoked’s supposed mission is to assist Palestinians “whose rights are violated due to Israel’s policies” – and hence will appeal this decision in court on July 13, 2015.  In the past, Israel’s State Prosecutor concluded that HaMoked’s “self-presentation as ‘a human rights organization’ has no basis in reality and is designed to mislead.”  Yet, Hamoked has received $688,901 worth of grants from NIF between 2008-2013.  American Jewish donors are paying to defend the families of Arab terrorists in Jerusalem.

NIF organizations spend considerable time in Israeli courts. A few months ago, NIF funded organizations – Gush Shalom, Adalah – the Legal Center for Arab Minority Rights in Israel, and the Association for Civil Rights in Israel (ACRI) – sought permission of boycotts of Israel.  Then too, the organization was rejected. Israel’s High Court of Justice ruled that Israel’s Finance Minister can “impose fines and withhold funding from Israeli NGOs calling for boycotts of businesses in all or parts of Israel and the power to file lawsuits against those NGOs.”  At the time, Justice Hanan Meltzer described boycotts as “political terrorism,” clarifying that the State of Israel has a right to defend itself from them.

It is time for donors to New Israel Fund to stop funding the rights of terrorist families, and other actions to harm Israel.

Donors to NIF, including Barbara & Eric Dobkin, William & Serra Goldman, Yaffa & Paul Maritz, Elisabeth and Gareth Turner, Karen R. Adler, The Jewish Communal Fund, Alisa Doctoroff of UJA-Federation and others must support Israel and stand for Jewish rights – not boycotts and the families of Arab terrorists.

As Ze’ev Jabotinsky wrote in 1929: “The Jewish people – all of us, 100 percent want peace.”  Peace does not come from strengthening the rights of terrorists families. 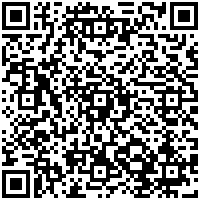