On the Friday prior, French judges in charge of the preliminary investigation into the murder of the 65-year-old widow and former teacher by her Muslim neighbor Kobili Traore, ruled that the 27-year old man from Mali could not be held criminally responsible for the murder of Halimi because he had smoked marijuana hours before he violently beat her and tossed her from the third-floor window on April 4, 2017.

Two of the three independent psychiatric experts commissioned by the investigation said that marijuana nullified the man’s judgment and therefore his criminal responsibility. The third judge expressed a partial abolition of culpability.

“Very often when there is a Jewish person, the courts rule that the aggressor was not an Islamic person [with anti-Semitic motives], but a crazy person,” Midal told JNS. “I think that if the person killed were not a Jew, the courts wouldn’t have come to the same conclusion. It’s clear that the French court didn’t want to say it was anti-Semitism,” he said.

As Traore beat Halimi, noted Midal, he was heard screaming, “Allahu Akhbar” and “Shaitan” (Arabic for “Satan”). Several weeks beforehand, Traore had called Halimi’s daughter a “dirty Jewess” as they crossed paths in their building elevator in the 11th arrondissement (district) of Paris.

Although Midal acknowledged that he “can’t say for sure” whether the courts were applying a double standard to the case because Halimi was Jewish, he believes that either way, the case could set a dangerous precedent of excusing or even encouraging criminals who are under the influence of drugs.

“It’s clear that the French court didn’t want to say it was anti-Semitism.”

Francis Kalifat, president of CRIF—the official representative body of French Jews, with whom the government consults regarding issues of anti-Semitism—called the view of the French court “shocking” and “contradictory.” He noted that in driving incidents, the influence of drugs is viewed an aggravating factor, while in this case, the courts view drug use as a factor that “diminished responsibility of the murderer, deeming him not responsible for his act.”

“We know that the murderer has been in prison several times, never for anti-Semitic attacks, but in those cases, never had a judge mentioned his use of cannabis,” said Kalifat. “The killing was organized, and the killer knew the victim and was conscious, and even shouted his intent to throw Halimi out of the window.”

Even so, Kalifat maintained, the court’s decision did not come as a surprise, noting that in the murder of Sebastien Sellam, who was killed in 2003 in a parking lot by his Muslim neighbor, “psychiatric expertise similarly determined he was not conscious at the time of killing.” At the time, he said, the French Jewish community trusted the judgment and expertise of the courts.

“It took us a long time to realize that this was the first anti-Semitic attack in France since the Holocaust,” he said.

Disproportionate number of attacks against Jews in France

In light of what he called a “catastrophic” situation in France growing “every day,” Midal and his wife, Alice, both children of French Holocaust survivors who fled to Switzerland during the Second World War, immigrated to Israel on Wednesday to become citizens with 80 other French Jews.

As a prominent leader in various roles within the Jewish community in Paris, including B’nai B’rith, the European Jewish Congress, the Representative Council of French Jewish Institutions and Licra (an organization working to fight anti-Semitism and racism), Midal maintained that his participation in the Jewish community has “put me in connection with the reality on the ground.”

He concludes from his experiences that most French Jews of his generation who make aliyah do so “more because of the situation of Jews in France, rather than an ideology.”

While noting that French laws exist to fight anti-Semitism and racism, Midal maintained that no such enforcement or effective sanctions are in place to secure the lives and freedom of French Jews.

Similarly, Kalifat noted the disproportionate number of attacks against Jews in France.

“While Jews make up less than 1 percent of the population of France, anti-Semitic attacks represent 50 percent of all racist aggression, with 12 people killed since 2012 because they were Jewish,” he said, calling on the authorities “to ensure the security of the French people wherever they are.” 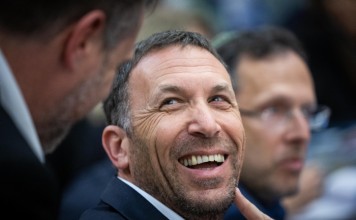 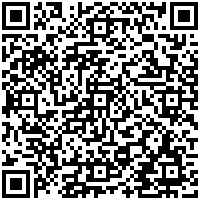