Illinois Congresswoman Jan Schakowsky (D-9) was slated to be honored by Keshet Sunday evening, March 8, 2015 with its Community Service Award. According to reliable sources close to the situation, the developmental disabilities charity asked Schakowsky earlier this week not to attend their annual Rainbow Banquet.

Rumors began circulating on Tuesday afternoon when Keshet’s Facebook page posted, “Due to unanticipated circumstances beyond Keshet’s control, the Congresswoman will not be able to attend this year’s banquet on Sunday, March 8th.” This social media statement was released approximately 90 minutes after Israeli Prime Minister Benjamin Netanyahu completed his controversial address to a joint session of Congress.

One Keshet follower commented, “Does this have anything to do with backlash from her boycotting Netanyahu? Keshet has helped a lot of children, including my own. However, it was a terrible lapse in judgment to honor her in the first place.”

Schakowsky, who represents one of the nation’s largest Jewish populations, boycotted Netanyahu’s speech. In a press release, she criticized the invitation for Netanyahu to speak as   “ill-advised” and a threat to “both the security of Israel and the historic bi-partisan support in the Congress.”

Schakowsky’s boycott decision was not well received by many in the pro-Israel community, including those who reside in her congressional district. The nine-term congresswoman has a solid pro-Israel voting record, but is often criticized for her “lockstep” support for the Obama administration and her silence in response to comments made by the administration over the years that have been perceived as unsupportive of and offensive to the Jewish State.

When asked if the rumors were true that Keshet asked her not to attend their Sunday night fundraiser, an organization board member, who asked not to be identified, told the Salomon Center, “It’s true. The concern is that an actual protest would take place right in the lobby to protest Jan Schakowsky. Ultimately the decision was made that this is a Keshet dinner and the focus needs to be about the kids of Keshet, not about the congresswoman.”

The board member continued, “Regardless of how you feel about her, positive or negative, it’s not about her and it never was intended to be about her. She has done good stuff for Keshet.  That said, it’s got to be about the kids.”

The source was very clear that this decision was not an indictment based on Schakowsky’s decision to boycott Netanyahu’s speech, but strictly a move to ensure the evening would remain about the children served by Keshet.

Said one supporter of the charity who asked only to be identified as Howard, “I planned to attend Sunday’s fundraiser because the organization is amazing and deserves our support. But I planned to walk out when Schakowsky would be called to the stage and hoped others would follow me.

I’m glad that everyone came to a decision that is best for Keshet and the kids.”

Over the year’s congresswoman Schakowsky has been a staunch supporter of Keshet and do to unanticipated circumstances beyond our control, the congresswoman is not able to attend this year’s banquet on Sunday. But we are grateful and she has pledged her ongoing support for the organization and the individuals it serves.

She would never want Keshet to be in a situation that created any negativity around our program. That’s not Jan Schakowsky. She wouldn’t come period. She loves Keshet. Congresswoman Schakowsky’s communications director, Lee Whack offered “no comment.”

Full Disclosure: In 2010, the journalist, Mr. Miller, worked for a campaign that challenged Mrs. Schakowsky for the Illinois 9th congressional district. 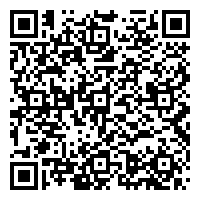