I knew what he was asking, but I deliberately responded obliquely, going into a brief explanation about the health of his eyes. He interrupted me. “Yeah, that’s great, Doc, but what are my numbers? Am I 20/20?”

He was indeed 20/20, and when I confirmed that single piece of information, he was satisfied, convinced his eyes were perfect.

Good vision, however, is so much more complex than meeting the arbitrary standard of 20/20, which is defined solely by the ability to read tiny letters on a chart. A full ocular examination includes an evaluation of one’s peripheral vision, color vision, perceptual skills, physical structures, and a whole range of other metrics that seamlessly synergize to allow us to see.

When I first started practicing, I made the mistake of examining a family member. Aside from discovering that her eyes did not work together and that she had a crazy glasses prescription, I had to bear her displeasure when I handed her a new pair of glasses. Initially, she couldn’t articulate exactly what she didn’t like about them. Finally, though, she blurted out, “They’re too clear. I don’t like the way things look now.”

I shook my head in disbelief and earnestly launched into a lengthy explanation about how her new glasses would finally allow her two eyes to work in tandem and see 20/20. She smiled at me and replied simply, “I’m happy with the way I see now. I don’t need to see any better than this.”

Rookie that I was (in both optometry and life), I had yet to learn that not every patient needs, or wants, to be corrected to 20/20 – that some people are perfectly satisfied with their vision. This vision is called “20/happy.” As I became a more experienced clinician, I realized that “20/happy” isn’t just limited to the offices of optometrists. It determines how one views the world.

Having an ayin raah, in contrast, means never being satisfied, having a negative worldview, and being jealous of what everyone else has. It means having a “20/unhappy” outlook on life – seeing everybody else’s life as perfect while your own is colorless and disappointing.

In Michtav Me’eliyahu, Rabbi Dessler offers practical advice to combat the middah of “20/unhappy.” It’s natural to be jealous of others, he writes, but we should keep in mind that there’s a reason we weren’t created as carbon copies of each another. There’s a reason we are given different kochos, different families, and different levels of parnassah.

Each of us has a specific purpose in life and Hashem gives us the tools we need to achieve that purpose. Being jealous of the tools, skills, or material items Hashem gave someone else makes no sense because they aren’t meant for you. Taking them would be like a nearsighted person putting on glasses belonging to someone who’s farsighted. Not only would doing so not be helpful; it would actually make things worse!

Every morning during Birchas HaShachar, we thank Hashem for the wonderful gifts He bestows upon us. Among the berachos we say is one that ends with “pokeach ivrim” – we thank Hashem for opening the eyes of the blind. Unfortunately, most blind people do not miraculously wake up one morning with their eyesight restored.

Perhaps, then, with this beracha we are asking Hashem to give us clarity – to help us understand our true purpose in life and allow us to see the world through the clear and perfect lens of ayin tovah. 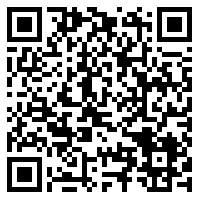