A growing number of German legal experts are now sounding the alarm about the rise of a parallel Islamic justice in Germany. “It follows its own rules. The Islamic arbiters aren’t interested in evidence when they deliver a judgment, and the question of who is at fault doesn’t play much of a role. Islamic conflict resolution, as I’ve experienced it, is often achieved through violence and threats. It’s often a dictate of power on the part of the stronger family.” — Joachim Wagner, German legal expert, author.

An appeals court in northwestern Germany has decided a contentious divorce case based on Islamic Sharia law.

The ruling is the latest in a growing number of court cases in Germany in which judges refer or defer to Islamic law because either the plaintiffs or the defendants are Muslim.


Critics say the cases — especially those in which German law has taken a back seat to Sharia law — reflect a dangerous encroachment of Islamic law into the German legal system.

In the latest case, the Appeals Court [Oberlandesgericht] in Hamm, a city in German state of North Rhine-Westphalia, ruled on June 2 that whoever marries according to Islamic law in a Muslim country and later seeks a divorce in Germany must abide by the original terms set forth by Sharia law.

The case involved a 23-year-old Iranian woman who married a 31-year-old Iranian man in Iran according Sharia law in 2009. The couple later immigrated to the German city of Essen, gave birth to a daughter but then separated in 2011. A lower court in Essen granted the woman a divorce in November 2012 and the husband appealed the decision.

The appeals court in Hamm sided with the woman because, according to the German judge, the couple agreed to abide by the principles of Sharia law at the time they were married and thus the case should be decided according to Islamic law, regardless of whether the couple was now living in Germany.

The court ruled that the woman was legally entitled to talaq, an Islamic means of obtaining a divorce by reciting the phrase “I divorce you” three times. The court also said the husband had violated the original terms of the Islamic marriage agreement by failing to provide financial support for his wife for a period of six months.

The ruling has opened another round in a long-running debate about the role of Islam in German jurisprudence.

Supporters of the decision say it is fair and consistent with Article 14 of the Introductory Statute to the Civil Code [Einführungsgesetz zum Bürgerlichen Gesetzbuche, EGBGB], which states that the law governing a marriage generally should be the law of the country in which the marriage took place. But critics of the ruling say it should not be the role of German courts to enforce the arcane provisions of Sharia law.

In a similar but separate case, the appeals court in Hamm announced in April 2013 that it had overturned a previous decision by a lower court in Dortmund and ordered a 33-year-old Iranian man to pay his estranged 29-year-old wife (also an Iranian) the equivalent of 800 gold coins as part of a divorce settlement.

That case revolved around a couple who were married in Iran in 2001, immigrated to Dortmund and later obtained German citizenship. The couple separated in 2007.

As part of the marriage agreement, the husband had promised to pay his wife a dower of 800 Bahar Azadi gold coins payable upon demand. The court ordered the husband to pay €213,000 ($280,000), the current equivalent value of the coins, in compliance with a marriage contract he signed in accordance with Islamic law, despite the fact that both individuals are now German citizens.

In February 2011, Germany’s Federal Labor Court [Bundesarbeitsgericht, BAG] in Erfurt ruled that a Muslim supermarket employee was legally entitled to refuse to handle bottles of alcohol on religious grounds.

The case in question involved a 47-year-old Turkish man who had been employed at a supermarket in the northern German city of Kiel since 1994. The problem had begun in 2003, when the man was assigned to work in the beverages department, but refused to stock the store’s shelves with alcoholic drinks, based on the argument that Islam forbade him from any contact with alcohol. In response, the store manager reassigned the employee to stock milk bottles in the dairy department, but the man complained that he was not accustomed to working in a refrigerated environment, so he frequently called in sick. The man was eventually sent back to work in the beverages department, where the conflict over the alcohol bottles intensified. The employee was eventually fired in March 2008. 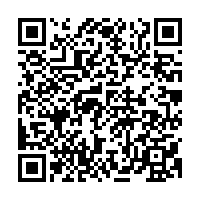