Moshko, the Holocaust-survivor-turned-legendary-builder-of-Gush-Etzion, once asked why Rabbi Moshe Levinger was shoving his way into Hevron and Kiryat Arba. “Here we work in consensus with the authorities. Let him come here!”

Rabbi Levinger responded: “Tell Moshko he owes his consensus to the fact that we are here. Without us, Gush Etzion would become a matter of debate.”


A similar dynamic exists between the Jewish Home and Power to Israel parties. For the Jewish Home to be a part of the governing coalition, Power to Israel, headed by Brig.-Gen. Prof. Aryeh Eldad and Dr. Michael Ben Ari, must be in the Knesset. In the absence of a party to their right, Jewish Home chief Naftali Bennett and his associates will be excluded from the coalition, as the National Union was in the last Knesset. Even putting aside Netanyahu’s antipathy for Bennett and Ayelet Shaked, he will prefer to show the world that he has not assembled a far-right government. Someone will have to be left out.

Bennett and his people are aiming for the coalition. Eldad and his people are going for the opposition, and will be happy to accept that role. So, given its goal of being part of the next government, the Jewish Home paradoxically has a clear interest in seeing Power to Israel pass the threshold to enter the Knesset.

The fact that the two national-religious lists are running separately also carries other benefits. Jewish Home supporters from Ra’anana and Givat Shmuel are not about to vote for a list that includes Ben Ari. On the other hand, many in the Haredi Zionist camp will not consider voting for the Jewish Home. They object to Bennett’s flip-flop on the question of refusing orders to remove Jews from their homes, and they oppose Knesset Member Uri Orbach for his support of the Schalit Deal and the mass release of terrorists from prison.

Sometimes, when children are in a fight, the parents have to intervene. Here, the public is the parents. At the end of last week, a group of seasoned political operatives began an effort to reconcile the competing camps, with an eye toward empowering the right.

Their first goal was to minimize the mutual attacks by the Likud and the Jewish Home. The second goal: to ensure that Power to Israel receive at least the two percent of the vote required to enter the Knesset. They have cause for concern, despite the past week’s auspicious polls, and emphasize that this is a job for the entire bloc of rightist, nationalist, Zionist, and religious Israelis.

“The polls are reassuring,” says veteran activist Dr. Gadi Eshel, “but for the Jewish Home not to be labeled as on the extreme right, Power to Israel has to receive enough votes for at least one seat more than the minimum, for a total of at least three seats.

These operatives are of the view that the entire nationalist voting bloc has to set aside a reserve of votes for Eldad and Ben Ari. Practically, they are calling on every rightist or national-religious family to set aside one vote for Power to Israel, not necessarily out of identification with the heads of the party, but for the greater good of boosting and maximizing the political power of the right.

For them, a vote for Power to Israel is a vote for two at the price of one. If it fails to garner enough votes, the right will lose two seats in the Knesset. On the other hand, if it does receive enough support, even if it receives only two seats, then the right will have reelected two Knesset members who have proven themselves on the job.

In the meantime, the polls show that just a few thousand votes will spell the difference between successfully climbing into the Knesset and getting stuck on the ladder of voters whom Eldad and Ben Ari already have in the bank.

Who are these voters? Aryeh Eldad’s support comes from the intelligentsia of the right, especially older people and many secular Israelis. They are the ones who welcomed him with cheers at the conference organized this week by Nadia Matar and Yehudit Katzover of Women in Green.

Ben Ari receives a comparable welcome when he visits southern Israel or the neighborhoods of south Tel Aviv, where he commands the admiration of Israelis who have suffered from illegal Sudanese immigration. Like his brother Herzl, who heads the Kareni Shomron Regional Council, Ben Ari was born in the Hatikva neighborhood in southern Tel Aviv. Later he studied and received rabbinical ordination at Yeshivat Mercaz Harav. The supporters he gained from his work on the problem of illegal immigration, with whom he stood without fail, will not vote for the Jewish Home. For them, Ben Ari and his assistants are the address for all their problems, the ones who helped them to put the problem of illegal immigrants on the national agenda despite the best efforts of ostensible aid organizations to flood Israel with these people.

Ben Ari also brings with him the support of Baruch Marzel. Marzel commands the votes of some 27,000 hardcore supporters, including many of the followers of Rabbi Meir Kahane, who would not vote for a list any less to the right. This group has no one else to vote for.

A number of Jewish Home operatives are trying to weaken Power to Israel just enough to keep it out of the Knesset—but they are in the wrong. They should be working to bolster their sister party enough to get it into the Knesset, to the benefit of the entire right.

On January 22nd, the voters will decide.

First published in Makor Rishon, 4 January 2013. Translated from Hebrew by David B. Greenberg. 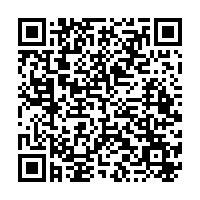