Yellowstone National Park, which is larger than the states of Rhode Island and Delaware combined, contains its own Grand Canyon, considered by many to be the most breathtaking sight inside the park. The canyon is 20 miles long, up to 4,000 feet wide and has a 1,200-foot drop. On our recent trip to Wyoming with the amazing Rustic Elegance, we visited the platform from which you can see the beauty and splendor of G od’s magnificent artwork.

Almost everyone else present, ourselves included, stayed behind the low wall at the edge of the platform, protecting us from inadvertently falling and plummeting to a certain death. As we were admiring the remarkable scene, we suddenly saw a young man and woman stepping over the wall and somewhat carelessly climbing towards the very edge of the cliff. I couldn’t understand, why in the world would they be risking their lives? Was the view that much better a few feet over?


When they reached the very edge, turned around and one of them pulled something out of her backpack, I understood. With the wind blowing and loose gravel beneath their feet, inches from slipping and falling to a gruesome demise, the girl extended her selfie stick and the two of them posed for a picture. Though the scenery was among the most beautiful on the planet, all of us couldn’t take our eyes off these two individuals to see what would happen.

(I have since learned they are among a special breed called Tourons of Yellowstone — “Touron” being a portmanteau of “tourist” and moron” — and there are websites filled with pictures and videos of such individuals engaged in foolish and dangerous behavior.)

We left before they climbed to safety, so I don’t know their fate. But, just this month, a 32-year-old woman from Hong Kong died while trying to take a selfie at the edge of a cliff. Every headline that reported on her death described her as an “influencer.” She, like the aspiring influencers at Yellowstone, was compelled to capture the perfect picture at the perfect angle, but it came at the expense of her life.

Though the word influencer has been used in English since the mid-1600s, it has more recently taken on a new meaning. Though the term can apply to a wide variety of people, influencers essentially are people who engage their large social media followings by sharing experiences, knowledge and advice. Influencers get paid for featuring or endorsing products, with some making as much as $1 million for a post. Indeed, influencer marketing is predicted to be worth $10 billion by 2022.

This term has now made its way into the Jewish vernacular, including the orthodox community. Websites list the top Jewish influencers and Jewish organizations discuss which influencers might be worth engaging in order to spark change. Social media platforms, most notably Instagram, are filled with Torah-observant young men and women trying to build their followings as they share and promote Jewish products and lifestyle advice. Those with a substantial audience are often treated like Jewish celebrities.

There are some wonderful things that have resulted from this phenomenon including the sharing of Torah ideas and inspiration, spreading modest fashion trends, promoting kosher recipes, and more. For some, it is a new way to leverage their skill set into a source of honest income. We have also seen the ability of influencers to effect meaningful change in the community: for example, a group of Jewish influencers recently had an enormous impact in bringing attention to the Agunah issue and helping coordinate social pressure that resulted in several men finally giving their wives the get they deserve.

With all the positives, however, I am concerned about potential unintended consequences that come from fully accepting and embracing what we see online at face value and from craving to find “influence” primarily in that way. The Hebrew word for influence is hashpa’ah and those who influence others are mashpi’im. In Judaism, influence is not determined by social media status, it emanates and flows from being authentic, practicing what one preaches, serving as a role model and example of our values. While we have all been impacted by things we have read or seen online, our greatest influences have been offline: the personal interactions, relationships, explicit and implicit teachings and lessons that have been shared with us.

The biggest Torah influencers never saw their identity defined by how many followers they had. They never set out to earn that title and likely wouldn’t be proud to be ascribed it.

In 1975, the New York Times observed Rav Moshe Feinstein explaining to students how he got the position of Posek and “Giant of the Generation.” Typical of his modesty and humility, he told them, “You don’t wake up in the morning and decide you’re an expert on answers. If people see that one answer is good and another answer is good, gradually you will be accepted.”

Rav Soloveitchik ordained more rabbis than anyone in his time and most any other. And yet, he often referred to himself not as an influencer, but as ” a posheter melamed,” a simple teacher of Torah. A documentary was just released on the life of Rav Avraham Pam. When he was recruited to sit on the Moetzes Gedolei HaTorah, the Agudah’s board of Judaism’s “greatest influencers,” he resisted, refused and ultimately only gave in because of respect for Rav Yaakov Kaminetsky.

The greatest, longest-lasting influence on the laws that govern how we pray was not someone with a public following. The Talmud (Berachos 31a) tells us that our davening is modeled after Chana, who in the privacy of the Mishkan, with what she thought was nobody watching, poured out her heart to Hashem. She didn’t have a social media handle, but she had a handle on life and her influence is felt every single day, three times a day across the world.

I wholeheartedly believe in harnessing the power and reach of technology to share Torah, build connections, and add value to one another’s life. I admire and applaud those who have done so and have earned a large following who seek to grow and gain, consistent with a Torah way of life.

Many “influencers” have a carefully crafted and curated profile and presence online but, by design, we know little about how it conforms to their life and impact offline. I am not G od-forbid trying to suggest that all influencers are categorically bad people or deliberately showing one side to the world and hiding another. Rather, we must remember that if we aspire to have a genuine influence and meaningful impact in this world, we should start with who we want to be, how we want to live, and what difference we want to make offline.

Our effort to influence strangers online should never come at the expense of spending time with, being fully present for, and impacting loved ones offline. Falling off a cliff is not the only way to lose your life in the pursuit of fame and influence.The word hashpa’ah, influence, comes from shefa, which means that which flows from the Divine. We can enjoy the entertainment and infomercials available on social media, but when aspiring to channel the shefa from Above, remember that the greatest influencers in our illustrious history made their difference without ever looking at or caring how viral they had gone.

Don’t sacrifice your life in pursuit of becoming an influencer, live your life to its fullest and you may just have an impact on others. Indeed, the Gemara (Berachos 10b) quotes the pasuk “אין צור כאלקינו”, there is no rock like our G od, and tells us to creatively read it as אין צייר כאלוקינו, there is no artist like the Divine. 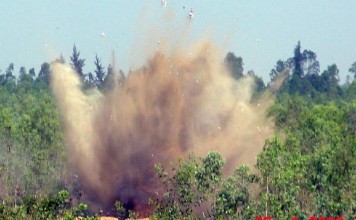 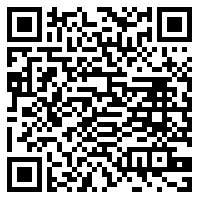