Before Israel rolled out its mass vaccination campaign, we were all pretty much in the same boat. We did our best to protect one another by locking down, masking up, and keeping apart from one another whenever we did venture out.

Then came the Pfizer vaccine and, with it, a level of divisiveness I have never seen before.
What’s happening now makes the Trump-Biden face-off look like child’s play.


On February 18, I wrote the first of a series of Facebook posts expressing concern about the impact the vaccine wars were having on Israeli society. I shared an editorial cartoon from Yisrael HaYom comparing those who had not gotten vaccinated to the sludge on Israel’s beaches. I posted an image of beach chairs that were reserved for people who had been vaccinated and pictures of signs pointing the unvaccinated to separate bathrooms.

Those early posts generated over 2,000 comments, many of which were so venomous I
simply stopped reading and responding.

Concerned about the amount of divisiveness my posts were generating, and not wanting to have a hand in whipping up sinah among Jews, let alone among religious Jews in Israel, I deleted the first batch of posts.

Shortly thereafter, I wrote a post reflecting on the degree of sinat chinam that this issue
generated:

“My personal opinion about the vaccine matters much less than the shocking display of
disregard for others that I’ve seen in comments in the past few days.

“The willingness of others to vilify those with whom they disagree is heartbreaking. The
readiness of individuals to utterly denounce anyone who has come to an alternative
conclusion is horrifying. The utter lack of respect for those whose circumstances and/or
decision-making differs from one’s own is truly shameful. The resurrection of undiluted sinat chinam ought to make every Jewish soul weep.

“If this was a test, we have failed miserably. Hashem Yirachem aleynu that we have fallen to such a level.”

Incredibly, rather than calm the situation, this post inspired yet another round of social media malice.

Many Israelis now have a Tav Yarok, also known as a Green Pass or Green Passport. People who are fully vaccinated or have recovered from Covid-19 are eligible for Tav Yarok designation, without which one cannot go to such locations as restaurants, gyms, and even some shuls.

As a result, an individual’s private medical status has become the means of dividing us.
Notices for shiurim and other Torah events indicate that only people with a Green Passport are welcome to attend. People who cannot show a Green Passport to the guard are not permitted to eat inside the food court in Jerusalem’s Malcha Mall even though tables are spaced six feet apart. Even teens who are cleaning cars for Pesach advertise that they are fully vaccinated.

The mainstream perspective is that Pfizer’s Covid-19 vaccine is safe, effective, and the only viable solution for Israel to climb out of the pandemic. As a journalist, I have  repeatedly been censored and instructed not to write anything that challenges that perspective.

Each time I do manage to publish a story questioning the mass vaccination campaign or the social consequences of the Green Passport, I am barraged by hundreds of hostile comments for daring to suggest that there could possibly be any legitimate alternative perspective.

I have been accused of believing preposterous conspiracy theories and writing articles filled with “complete and utter lies.” I’ve been warned that, if someone chooses not to vaccinate because of something I reported and subsequently dies from Covid-19, his or her death willbe my fault. I’ve been told that I am losing credibility as a journalist for  reporting challenges to the mainstream perspective. And I have repeatedly been advised to silence myself because I am “causing machlokes.”

Interestingly, I regularly hear from people privately who tell me that, although they share
some of the concerns I’ve raised, they are too intimidated to speak out.

Whether the Covid-19 vaccine turns out to eradicate the virus or lead us to an even darker place is simply not yet known. What is known is that Hashem has presented us with a vexing, complex problem about which reasonable people have drawn different conclusions.

The Mishnah (Sotah 49b) says, “In the period preceding the coming of Moshiach, insolence will increase and honor will wane…. Truth will be lacking.” I believe this is exactly what we are seeing play out in Israel today.

It may be too late to change this dynamic in Israel, but American Jews would be wise to treat what’s happening in Israel as a warning. The most important thing is to remain respectful of those whose opinions differ from your own and do whatever you can to guard your communities from devolving into acrimony. 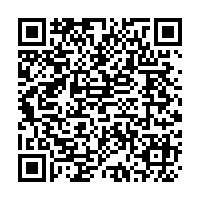