We all remember the many dangerous compromises of Israeli security demanded by the Obama Administration. We also remember that Obama’s demand for Israeli surrender specifically included the Old City of Jerusalem and the Temple Mount when it forced through UN Security Council Resolution 2334, calling Israel’s presence in these sacred areas a “violation of international humanitarian law.” With President Biden reappointing the most stridently anti-Israel Obama officials to new positions of power and influence in his administration, these terrible pressures for dangerous Israeli concessions will likely resume.

With our Corona-weakened economy, it will be even harder for Israel to resist Biden’s forthcoming demands than it was to resist Obama’s past demands. That is why Smotrich and Religious Zionism must have enough Knesset seats to be a significant part of Netanyahu’s next government. Because only Religious Zionism can give Bibi the protection he needs when he has to stand up to Biden.

But those dangers can be avoided if Religious Zionism gets enough votes to become a significant part of Bibi’s next government. When Biden presents his next set of demands, all Bibi would then have to say is: Yes, Mr. President these are reasonable concessions, but I have this Smotrich guy in my coalition with his knitted-kippot-wearing Religious Zionists and they won’t let me do this. They would leave my coalition, and my government would fall, if I did as you asked. So as much as I’d like to, I just can’t surrender an inch of Judea, Samaria, or Jerusalem. With Smotrich and his Religious Zionists as critical parts of my government, it would be as politically disastrous for me to agree to your demands as it would be for me to eat a ham sandwich in public.

Giving Bibi this political cover—or diplomatic Iron Dome, if you will—is essential for Israel’s survival today. Because without that cover, Biden will force the establishment of some form of a “completely demilitarized” Palestinian State. And such a “demilitarized” entity would soon have its own army, air force, artillery, and missile sites, which would pose a lethal threat to the Jewish State.

Anyone who might argue otherwise is ignoring how Germany remilitarized after the Versailles Treaty, how Hezbollah militarized South Lebanon despite UN-brokered agreements guaranteeing demilitarization, and how Hamas in Gaza has escalated its missile capabilities despite promises from Israel’s best military experts that this would never happen.

Because of Religious Zionism’s inflexible position on Judea, Samaria, and Jerusalem, some of our political competitors have called us irrational “messianists”. Of course, the same has been said of the Jewish people throughout their history, including Herzl when he dreamed of a Jewish State while watching Alfred Dreyfus being publicly humiliated in the Ecole Militaire in Paris.

But the truth of who is the realist and who is irrational is quite the opposite. Those peddling any sort of demilitarized Palestinian state are the ones ignoring reality. And it is only Smotrich with his band of knitted-kippot-wearing Religious Zionists who are politically savvy enough to provide a diplomatic kipat barzel for Netanyahu as he faces the imminent dangers posed by the Biden administration.

You can help frustrate the hostile intentions of Israel’s powerful adversaries in the Biden Administration. To do so, you must vote for Religious Zionism, and make our party a critical part of Netanyahu’s next government. Our kippot srugot can be his kipat barzel and, with G-d’s help, guarantee Israeli security. 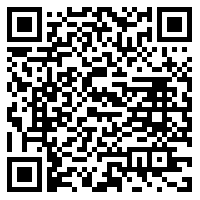