Every Iraqi Jew has a tale to tell about the Farhud, the two-day pogrom that befell the Jews of Baghdad 81 years ago in June 1941. In the case of my own family, it was a matter of heeding the advice of a Muslim business colleague of my grandfather, who told him that dark days were looming for the Jews, and that he would be wise to get his family out of the country as quickly as possible — which my grandfather did.

But my grandfather was part of a fortunate minority. When the Farhud — which means, in Arabic, “violent dispossession” — erupted, there were around 90,000 Jews still living in the Iraqi capital, the main component of a vibrant community descended from the sages who, 27 centuries earlier, had made the land once known as Babylon the intellectual and spiritual center of Judaism.

By the time the violent mob stood down, at the end of the festival of Shavuot, nearly 200 Jews lay dead, with hundreds more wounded, raped, and beaten. Hundreds of homes and businesses were burned to the ground. As the smoke cleared over a scene more familiar in countries like Russia, Poland, and Germany, the Jewish community came to the realization that it had no future in Iraq. Within a decade, almost the entire community had been chased out, joining a total of 850,000 Jews from elsewhere in the Arab world summarily dispossessed from their homes and livelihoods.

That the Farhud is even remembered today is in large part down to a handful of scholars and activists who have committed themselves to publicize this terrible episode. During the week of the Farhud’s 75th anniversary, some of them — like the American writer Edwin Black and Lyn Julius, the British historian of Middle Eastern Jewry — have organized memorial ceremonies in the US, the UK, and especially Israel, which absorbed the great majority of Iraqi-Jewish refugees. I myself was honored to address the memorial ceremony at New York City’s Safra Synagogue, where 27 candles — one for each century of the Jewish presence in Iraq — were lit and then promptly snuffed out, to symbolize the sudden extinction of Iraqi Jewry.

Commemorating the Farhud, and establishing its rightful place as an example of the persecution of the Jews during the Nazi era, has been a difficult task. For several decades after the Second World War, the importance of the Farhud was subsumed by the widely held notion that the Holocaust was something that consumed only European Jews. The truth was that the Nazis had both a direct presence and significant influence across the Arab world. So when, in 1941, the British had suffered a series of blows in southern Europe and North Africa, the time was right for a coup against the pro-British government in Baghdad. The strategic goal of the Nazis was to seize Iraq’s oil fields, thereby providing them with the fuel needed for the invasion of the Soviet Union.

In April, the month my grandfather and his family left Iraq, a local Nazi lackey, Rashid Ali al Ghailani, seized power, believing that an alliance with Hitler would create the conditions for Iraq’s national independence. Rashid Ali’s principal supporter was the pro-Nazi Mufti of Jerusalem, Hajj Amin al-Husseini, who arrived in Baghdad in 1939 having escaped British arrest. Until then, the mufti’s main role had involved inciting genocidal violence against the Jewish community in British Mandatory Palestine, which was especially pronounced during the Arab revolt of 1936-39. Once in Iraq, the mufti solidified his Nazi loyalties, meeting with Hitler in Berlin in November 1941 and later organizing Bosnian and Albanian Muslims into the “Handzar” division of the SS.

The Farhud itself should not be seen as a spontaneous outburst. For days before the violence, a steady stream of anti-Jewish propaganda was broadcast on the radio. Members of what Lyn Julius describes as a “proto-Nazi youth movement,” the Futuwwa, began daubing Jewish homes and businesses with red paint in the shape of a palm, in order to make the passage of the rioters easier.

Their actions were, in common with all pogromists in all locations, unspeakable. In his memoir of the Farhud, “In the Alleys of Baghdad,” Salim Fattal recalled the “murderers and rapists…who abused their victims to their heart’s content, with no let or hindrance. They slit throats, slashed off limbs, smashed skulls. They made no distinction between women, children, and old people. In that gory scene, blind hatred of Jews and the joy of murder for its own sake reinforced each other.” Babies and young children were thrown into the Tigris river, some of them butchered with swords only moments before.

Ironically, the Farhud occurred a few days after Rashid Ali himself fled Iraq, following a failed attack on a Royal Air Force base. As the violence escalated, British troops, who were just eight miles from the city, could have intervened. But as the historian Tony Rocca explained to the BBC, “Sir Kinahan Cornwallis, Britain’s ambassador in Baghdad, for reasons of his own, held our forces at bay in direct insubordination to express orders from Winston Churchill that they should take the city and secure its safety. Instead, Sir Kinahan went back to his residence, had a candlelight dinner, and played a game of bridge.”

Thus began the process of making Iraq, like much of Europe, judenrein. It was a process that soon enveloped the rest of the Arab world. Six months after the war’s end, anti-Semitic riots broke out in Libya and Egypt. Those Jews who remained in Iraq, around 140,000 of them, endured a raft of discriminatory legislation reminiscent of the Nuremburg Laws. These led, during the early 1950s, to their complete expropriation.

As terrible as it is to say this, part of the reason that the Farhud remains a relatively obscure event is because the expelled Iraqi Jews became victims of their own subsequent success, creating new lives in Israel, the U.S., Canada, and Europe. Unlike the Palestinian Arabs, they were not permanently stamped with the mark of the refugee, meaning that their pleas for justice have always been regarded as a historical question, rather than a pressing geopolitical concern.

At the New York ceremony for the Farhud anniversary, many of the speakers invoked the post-Holocaust slogan “Never Again!” As noble as that idea is, when it comes to the Arab world, it is also a simple statement of fact. There will be no more Farhuds in that region, because, outside of the sovereign State of Israel, there are hardly any Jews remaining in the area upon whom to re-inflict the bestialities witnessed in June 1941. 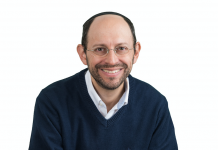