For 65 years, members of Congress and invited guests have gathered on the first Thursday morning in February to celebrate the role of God and religion in America. For many years, it has been held at the Washington Hilton, which is transformed into a huge networking landscape for political leaders and religious figures from 145 countries. Through friends in the evangelical community, I was able to get a seat in the main ballroom (3,000 seated; many standing), front and center. Another 250 sat in a satellite room and watched by closed-circuit television.

Media zeroed in on President Trump’s remarks about Arnold Schwarzenegger’s ratings on “The Apprentice,” as if that were the most significant part of his address. Those who sat there understood that it was the president’s attempt at humor, and took it that way. The more substantive parts of the address got less attention, although those parts took up much more of his time. Aside from the (irritating) bravado and some factual errors, the vast majority of the president’s remarks were serious, well delivered, and presidential in tone.

The Prayer Breakfast’s embrace of religion is decidedly of one variety. The (bipartisan) organizers were extremely deferential to members of other faiths (including bringing in a sealed, reliably kosher breakfast for me), but did not soften their very Christian message one iota. The presence of Hindus, Buddhists, Muslims, Jews, royalty (King Abdullah of Jordan sat two tables over from me, next to newly-confirmed Secretary of State Rex Tillerson) and members of sundry parliaments did not convince the conveners to be somewhat more universal in their rhetoric. It was their show, and they fully owned it.

Why would Orthodox Jews be there? Because the gathering provided an unusual opportunity to network with domestic and foreign political and business figures, and advance the causes near to us, including kevod Shamayim. (Yes, the Palestinians were there. So we had to be there for purely pragmatic purposes, even if there were no others. Because as the non-Orthodox community keeps drifting farther away from tradition, it has to be the Orthodox who will replace them in advocating for Jewish causes.) The single person who does that best, Rabbi Lord Jonathan Sacks, spoke a number of times with great success to smaller meetings that spun off from the main event over the course of three days. Friends in the evangelical community have told me his works on religion and science, on the need for religion, and on belief in God have become near-textbooks for serious Christians who grapple with the big questions.

One of those meetings was brokered by the pastor of a Texas mega-church who took the lead years ago in attempting outreach to Muslims and now counts Prince Faisal al-Turki (former head of Saudi intelligence, and the person most-often cited as the go-between in the no-longer secret conversations with Israel). Rev. Bob Roberts and I hit it off years ago, and I had agreed to his request to find some open-minded Jews to participate in a session with Muslims and some of his fellow evangelicals. He specified, however, that he wanted serious Jews.

I put out feelers in both the Modern Orthodox and haredi worlds. Interestingly, alI the takers hailed from the haredi community. Thus a major imam from Saudi Arabia (who would not have been my first choice as a spokesperson for moderation) found himself interacting with three haredi rabbis and one sheitel-bedecked Ph.D. educator.

What prompted my frum friends to travel from other cities to join me? Each one is noted for his or her curiosity and openness to challenge, which made them the perfect people to have on hand. Curiosity, however, was not reason enough to get them to join. The reasons they cited should be important parts of the conversation about the future of the Torah community in the United States.

For close to two thousand years, we were fortunate if our Christian neighbors were indifferent to us. Most of the time, attitudes ranged from contempt to hatred. There is no doubting the fact that many denominations took measures (some more successfully than others) after the Shoah to view Jews differently. Many (but not enough) tried to understand their debt to Judaism for providing ideas and concepts like Divine revelation, God caring about Man, and a spiritual afterlife, all of which became important underpinnings of their religion. Many took a careful look at the idea of a continuing Divine covenant with the Jewish people – and told themselves that Jews must have something important to contribute to His plan. Many – especially evangelicals – became the strongest, and by now, the last, reliable allies of Israel.

Where these measures worked, the contempt and hatred ceased, at least on the overt level. But so did indifference. Our Christian neighbors turned to us with a newfound respect, and an expectation that we possessed some of God’s wisdom about navigating life. They expect us to live on a higher plane than others. They are often too polite to say so, but they are disappointed and confused by the many Jews who do not seem to have much regard for Scripture.

The faithfulness of Orthodox Jews to the Divine Word makes it easier for them to understand God’s commitment to the Jewish people. They say to us, “Surely a wise and discerning people is this great nation!” (This should not surprise us, since those are the words of the Torah itself (Devarim 4:6) even though we did not encounter too much of this attitude in recent centuries.)

What happens, however, when even the committed Jews they encounter – in person or in the media – have nothing to say to them, or to inspire them?

What happens when frum Jews show technical compliance with Torah law but more exuberance and passion for material things rather than spiritual ones? Or when they speak the language of rejection, racism, or extreme isolationism?

If we do not meet the expectations of our non-Jewish friends, we might be moved back to square one. Some of my colleagues joined me because they senses that our ability to engage the rest of the world is today as much of a survival tool as complete isolation was in the past.

The expectations of our neighbors happen to parallel those of many good, faithful Jews who are meticulously scrupulous about halacha and connected to Torah study. Still, these Jews sense that the world is no longer the simple us-against-them proposition that it was for centuries of the Ashkenazi experience.

They do not believe the world outside the perimeters of the local eruv is thoroughly worthless or evil; they understand that not every non-Jew harbors genocidal hatred of Jews. They firmly believe that Torah has something to say about all important issues – and are disappointed and frustrated that they don’t find any Torah Jews saying it.

They fully understand that for two millennia Jews could be an Ohr LaGoyim – a light unto the nations – simply by surviving and remaining steadfast in their commitment to Hashem despite all the horrors inflicted upon them, bringing the Shechinah closer to the world through the quiet performance of mitzvos.

But many Jews find this insufficient in a world that suddenly cares about what they think. For these Jews, living in splendid isolation cheapens the power of Torah. Some of my friends joined because they wanted to show their own congregants that Torah Jews can and must speak to the larger world and deliver relevance to the issues of the day. A corollary is that frum Jews as a group cannot be racist or reject the rest of humanity.

One of our group provided a variation on this theme. As a shul rav, he sees too many frum Jews who go through their week without any passion or enthusiasm. He remembers growing up surrounded by people who had found their calling in building Torah life in America. They led their lives with an intensity that seems to have departed from today’s observant Jews. He participated, in part, to communicate to his chevrah a sense of Jewish mission and purpose, i.e. utilizing the new opportunities we have to create Kiddush Hashem in places we never dreamed of before. Through it he hoped to reclaim a bit of excitement for Torah life.

One more reason for engagement emerged not from conversations with our group, but from the main event – the actual Prayer Breakfast. Senate Chaplain (and retired admiral) Barry Black delivered the keynote, which was a breathtaking oratorical tour-de-force, in the best tradition of black preaching. He spoke truth to power, telling the president that neither he, nor Congress, not the Supreme Court controlled the fortunes of this country. Ultimately what mattered was only the Will of God. He cited the verse “The hearts of kings are in the Hand of Hashem.”

Twenty years ago, Rev. Black’s message would not have been particularly remarkable. Strong Christian conviction was once as mainstream American as motherhood and apple pie. The country has changed. Even motherhood is not held in the regard it used to be. Evangelicals understand that they are a cultural minority, swimming against some very strong currents.

Some minorities settle on a policy of going with the flow. They become more muted, less voluble in the public square. They try to hide their differences rather than accentuate them. But Dovid HaMelech wrote, “I will speak of Your testimonies before kings, and I will not be ashamed” (Tehillim 119:46). Rev. Black, representing his fellow evangelicals, was not ashamed in the slightest and felt no need to pull back on his message. He understood it is important to use whatever power you do have, even as a minority.

We Jews hopefully understand the need not to be too demanding or pushy. But we often go too far, becoming so meek, diffident, and timid that we do not speak up with confidence about matters of importance to us. (The failure in some parts of the Jewish world to call out all anti-Semitic incidents comes to mind.) This is a mistake. When you squander whatever power and influence you have, assuredly you will have even less of it in the future. We cannot compare ourselves to the numbers and influence of conservative Christians. But we should at times take away a bit of their assertiveness and confidence, something that they deploy even while conscious of having moved away from the bright orb of American culture and into the penumbra.

The wise man, our sages tell us, is the one who sees what is coming. The rules, the expectations, the challenges are all changing in our relationship with other communities. Let us hope and pray that we will be wise enough to see what has to be done. 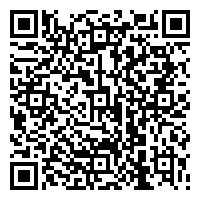