I usually don’t take fashion cues from the Oscars, but this year I was impressed. Not, as you may be thinking, with the glamorous gowns, but with the number of people wearing glasses on the red carpet.

The standout of the night was a young actress who wore a gold and black gown with a two-toned cat-eye frame that matched her dress. I was thrilled. It’s one thing for a more mature actress to wear glasses, but for a young woman? Wow, what a great message!

I was eight when I got my first pair of glasses, and the doctor said to wear them only if I needed them to see the blackboard. My mother made sure I never wore them at any other time because glasses were considered ugly and, by extension, made you look ugly.

I couldn’t see a thing without them, but I had no clue until I got my first pair of contacts at 18. I stared at myself in the mirror and started to cry because I had never seen myself in such detail and was singularly unimpressed. Eventually I got used to my face and wore the lenses until severe dry eye in my 30s put me back into glasses.

Fortuitously, in the interim I had become an eye doctor, which gave me the opportunity to become an ambassador for the “Glasses are Super Cool” club. When I first started practicing optometry, we were fitting contacts that got cleaned and reused. Unfortunately, this led to a lot of complications that precluded patients (including myself) from wearing contact lenses ever again. Now, with the advent of daily disposable lenses as well as the increased popularity of glasses as a fun accessory, there are many more viable options.

There is, however, a subset of patients who absolutely cannot wear contacts. These include patients with certain medical conditions and patients who are terrified of taking a piece of plastic, putting it in their eye, and having it actually stay there for hours at a time. This can be a very disappointing reality – mostly for people in law enforcement, sports, and those of the female persuasion.

It always makes me a little bit sad when a young lady who clearly does not want to be fit with contacts is pressured into doing so because she is “in the parshah.” One girl told me a shadchan reacted to her shidduch resume by saying, “You are wearing glasses in the photo you sent us.” “Yes” replied the young lady, “that’s because I wear glasses!”

The shadchan made a passive-aggressive comment about the importance of not wearing glasses for important photos and never contacted her again. I actually had a shadchan call me about one of my patients, wanting to know how high the girl’s prescription was. Due to confidentiality laws, I refused to answer the question. I actually lost it a little bit and went into a whole diatribe on how superficial and ridiculous her inquiry was, but it fell on deaf ears.

Over the past couple of decades, beauty standards have shifted toward embracing one’s physical “flaws” and idiosyncrasies, as well as expanding the parameters of what is considered attractive. Although my concern here is specifically glasses, the same point applies to any variable that labels one as imperfect or unworthy, whether it’s not being a size 2, having curly hair, not wearing makeup, having acne – the list is endless.

I don’t usually advocate looking to Hollywood for advice, but in this instance I will make an exception. The young lady who sported the glasses-gown combo deserves an award. And maybe we can be inspired by her to start a new trend of shidduch resumes advertising the truth instead of hiding it, of encouraging individuality rather than squelching it. 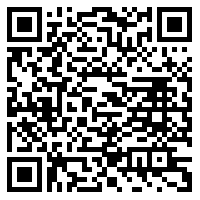